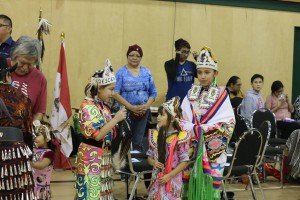 Spirit of the People Pow wow

just south of Ft. Saint John on the Peace River, BC

11th Annual Paddle for the Peace

Join us to celebrate protection of the integrity of the Peace River Valley at this unique event. Bring your canoes, kayaks or rafts and participate in a leisurely paddle down a portion of the incredibly scenic Peace River Valley, presently under threat by the unnecessary Site C dam. For more info visit the Facebook page. 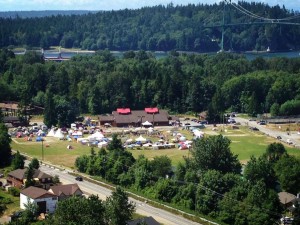 Tell Trudeau – No tanks! The Canadian government plans on selling $15B worth of armoured vehicles and weapons to Saudi Arabia. In addition to torturing and executing their own people, the Saudi government used these vehicles in 2011 to put down the democracy movement in neighbouring Bahrain. Organized by Stopwar.ca. Click here for more information.

Imperial Metals is a mining company that is responsible for the biggest mining disaster in so called British Columbia at their Mt Polley mine, to date they still have not cleaned up their toxic tailings spill and they have resumed operations. Indigenous Land Defenders: Ancestral Pride, Secwepemc Womens Warrior Society, and our Allies No One Is Illegal and others to be added ask that you stand with us as we confront Imperial Metals Mining Corp and their share holders at their Annual General Meeting. For more information, visit the Facebook page.

The Kinder Morgan Pipeline, the Climate, and You! workshop

We are in the final year of review of Kinder Morgan’s proposed Trans Mountain Pipeline expansion. The widely discredited NEB process came to an end on May 19 when the panel made its recommendation to the Trudeau cabinet to approve the pipeline, with conditions. This forum will consider the First Nations perspective and will also examine the economic case for “getting our resources to tidewater.” What are the effects on the climate and the what are the alternatives? Special Guests include: Grand Chief Stewart Phillip, UBCIC; Carleen Thomas, Tsleil-Waututh Nation Sacred Trust Initiative; Ben West, TankerFree BC. For more information see the Facebook page. 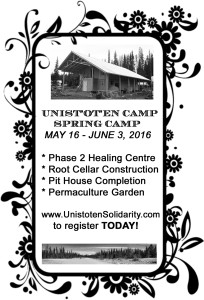 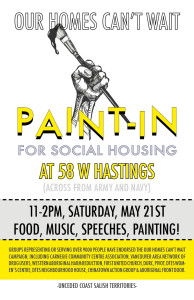 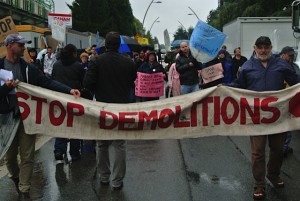 Throughout February, volunteers with the Stop Demovictions Burnaby Campaign conducted a social impact survey on the square block at Dunblane and Imperial just east of Metrotown where over two hundred apartment units have been or will be soon demolished. Volunteers went door knocking and filling surveys about the impact of evictions and demolitions on a particularly hard-hit group of Metrotown residents. Click here to download the report.