Picketing the restaurants gentrifying the DTES; Indigenous struggles on the land; “The Hotel Study” and institutionalization; Kerry Porth on the Bedford decision; Transit changes hurt l0w-income people; and more 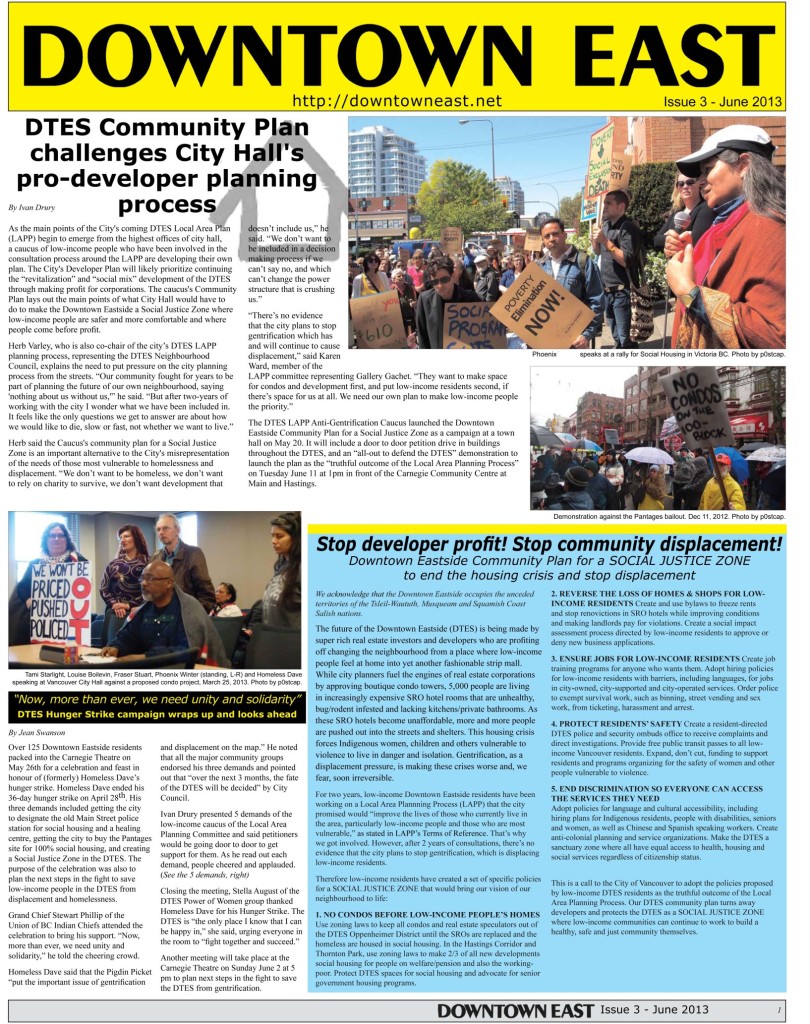 Homeless Dave’s hunger strike against the DTES housing crisis; Sanctuary City from below; No to immigration officers in the DTES; Hipsters and gentrification; Canadian prison racism; and more Special issue on the Pidgin Picket against restaurant and retail gentrification in the DTES; Review of My Brooklyn; The value of low-income community spaces in the DTES; and more

Idle No More; 2013 BC Provincial election; Police violence in Northern BC; Myth of the Wealthy Asian Investor; and more