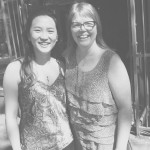 Learning from organizing against gentrification in San Francisco

At the end of March, four Vancouver Downtown Eastside (DTES) organizers went to San Francisco to learn about how people there are organizing to fight gentrification.  The four are King-mong Chan, Jannie Leung, Chanel Ly and Wendy Pedersen.  On April 20th The Volcano interviewed Wendy and Chanel about what they learned. (…)

A Tenant Convention, SRO School, organizing “class action” suits to get repairs done, Youth for Chinese Seniors, and Video Voices of SRO tenants – these are some programs that the newly forming SRO Collaborative is taking on in its first year. The Downtown Eastside SRO Collaborative works to improve habitability and prevent renovictions in Single-Room Occupancy hotels in Vancouver, Coast Salish Territories. Our strategy is to start organizing within the worst of the worst – the privately-owned SROs. Modelled after the SRO Collaboratives in San Francisco, we hope to help build a stronger renters rights movement here. We have some funding from Atira Development Society to get this project going in 2015. If this project is useful to SRO tenants, we will continue to develop it. (…)

Homeless in the DTES

What happens to your tent and belongings when the cops take it away?  It took a lawyer and a long-time advocate to figure it out and get the possessions back for Donny Miller, a local homeless man. Recently DJ from Pivot and Wendy, a housing advocate from the DTES, spent many hours tracking down and helping Donny get his stuff back from the “National City Yard.”  It involved many frustrating phone calls to the city, many failed attempts to connect with Donny and not being able to drop by and pick it up without an appointment. (…)

Why Picket the Pidgin Restaurant?

Determined picketers have been opposing the very pricey gentrifying Pidgin Restaurant since it opened in early February. Pidgin is located on Carrall Street right across from Pigeon Park which for many years has been an important public space for DTES residents. We have been on the picket line every day, so we know both the restaurant and the picket against it are controversial and sometimes misunderstood. Our issue with Pidgin is bigger than Pidgin itself; we are picketing to stop gentrification altogether. (…)