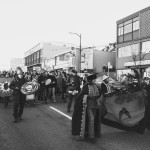 The Idle No More movement was initiated by activists Nina Wilson, Sheelah Mclean, Sylvia McAdam, and Jessica Gordon in November 2012. It began with a teach-in at Station 20 West in Saskatoon called “Idle No More”, held in response to the Harper government’s introduction of Bill C-45. C-45 is a large omnibus bill implementing numerous measures, many of which activists say weaken environmental protection laws. In particular, laws protecting all of the country’s navigable waterways were limited in scope to protect only a few waterways of practical importance for navigation. Many of the affected waterways pass through land reserved to Indigenous peoples in the colony called Canada. Some have also said that the few protected waterways run mostly through Conservative politicians’ ridings. (…) 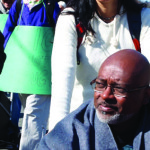 Hunger Strike for Social Housing and Against Gentrification

“I’m prepared to go as long as it takes. It’s a life and death struggle for our community, a unique community in our city and country.”  That’s what “The Artist – formerly known as Homeless Dave” said to the media at City Hall on the 14th day of his hunger strike.  The Artist began his Hunger Strike on March 22, 2013 after many conversations with local community organizers who were picketing the Pidgin restaurant at Carrall St – across from Pigeon Park. Certainly the picket is more than just that restaurant, or owner, or the few businesses currently overwhelming our low-income Downtown Eastside neighbourhood by displacing the low-income community. The Artist formerly known as Homeless Dave has considered the ramifications of the hunger strike very thoroughly.  (…)