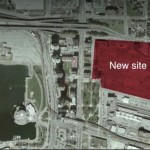 Last year the BC government announced that it will be going ahead with its $1.2 billion relocation of the St. Paul’s Hospital, only two years after promising to renovate the old location. The 700 bed hospital-campus is set to be built on a 18.5 hectare piece of land on Station Street in the southern part of the Downtown Eastside. (…) 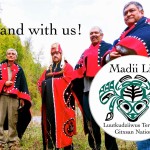 So much at stake at Madii Lii: An Interview with Richard Wright

It seems everyday now Christy Clark’s LNG dream is slipping farther away. The price of natural gas has plummeted, companies have pulled out, and the jobs and money that she touted in 2013 have failed to materialize. In the Lower Mainland some environmental activists may be breathing a sigh of relief, but for Indigenous communities on the frontline the struggle continues. Energy giant Petronas is still planning to build a multi-billion dollar LNG plant on Lelu Island, and the federal government is considering giving it a green light. (…)

Time to Flood the System

Another year and another climate conference. This December, 196 countries will meet in Paris to address the ongoing climate crisis, as they have done for the last 21 years. Twenty-one years of failed agreements, sky-rocketing emissions, and rising temperatures. What makes them think this year will be any different? (…)

The mining company Tahoe Resources is currently being sued in a Vancouver court by seven Guatemalan men who allege they were shot and injured by Tahoe’s security personnel during a protest against the Escobal mine. If you go to 1055 West Georgia Street and ask for Tahoe Resources the security guard will give you a puzzled look. Tahoe lists that address as its Canadian headquarters. However, when I arrive no office can be found. (…)