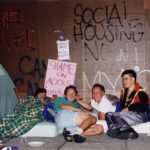 When Gordon Campbell was elected to the BC Premier’s office I was a young activist, and an anarchist more by disposition than ideological commitment. (…) 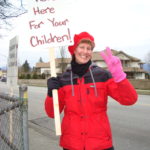 From serving workers to serving the NDP – Electoral pragmatism and the end of a fightin’ democratic unionism: An interview with BCTF activist Tina Anderson

There is a famous expression that Margaret Thatcher’s most lasting legacy in British politics is her impact on the Labour Party. (…) 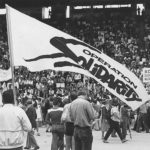 In the two decades after World War 2, Canada and the United States, alongside Britain and other Western European countries, drew in enormous wealth from the profits and power from winning that war. (…) 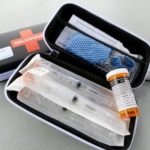 On December 19th all of British Columbia’s regional health authorities issued coordinated statements announcing the actions they would be taking to stem the tide of opioid overdoses throughout the Province. (…) 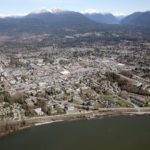 For those anti-displacement activists who showed up to support the low-income community at a BC Liberal-organized meeting about homeless shelters, the outpouring of hate from Maple Ridge homeowners was jarring. (…) 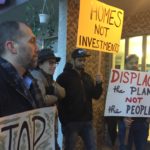 The ‘eviction’ part of a demoviction is a long process that starts long before a developer-landlord signs the legal eviction notice. (…) 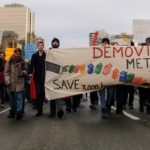 On the last day of January I knocked on Nick’s door to give him a pamphlet about his rights as a renter being demovicted in Burnaby. (…) 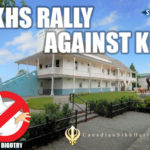 On Sunday, January 15, the Coalition Against Bigotry held an anti-racism rally in Surrey. (…) 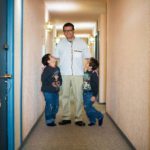 On July 1, 2016 Martin Lenin Fernandez, his elderly mother, and two young sons were evicted from a one-bedroom apartment on Imperial Street in the Metrotown area of Burnaby. (…) 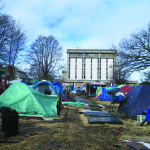 Being the thinking point between experience and action – Social movement journalism in 2016, a Volcano year in review

Articles published in The Volcano this year sketch a map of the difficulties that our social movements – particularly the anti-displacement and anti-dispossession movements where our editors are directly involved – have faced. (…) 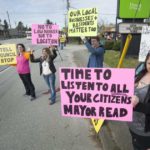 Anyone who has driven Highway 7 east of Coquitlam since the summer will be familiar with the Ridgeilante movement. (…) 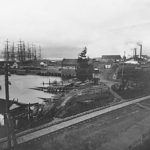 In January 1911, the city of Vancouver expanded its limits eastward to consume the wild and industrial lands around the Hastings Townsite at the Mill. (…) 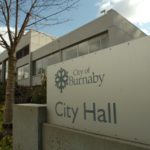 The scene at Burnaby City Hall was a predictable one. More than two-dozen people rallied in the lobby outside council chambers with banners and signs reading “stop demovictions,” “homes not condos,” and “stop displacement.” (…) 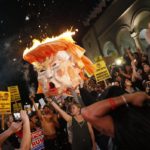 I woke up the morning of September 11th 2001 to a man shouting from a dirt road near the shack I had built on Haida Gwaii. 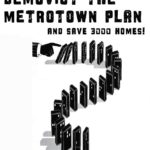 This Saturday November 12th marchers will take the streets around Metrotown to protest against the city of Burnaby’s proposed “downtown” Metrotown plan. 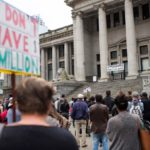 It is easy to say whether the home-ownership and home-less housing crises are the same. They are not. (…) 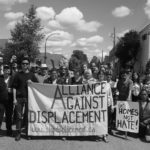 At a Downtown Eastside community meeting a few years ago, a woman stood up in the crowd assembled in the Carnegie Theatre and demanded that we stop using language she didn’t understand. (…) 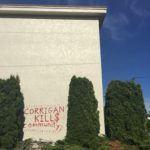 An independent report released by Union Gospel Mission and the University of Victoria on October 12th confirmed the concerns that Burnaby housing advocates have raised about the relationship between demovictions and mushrooming homelessness. (…) 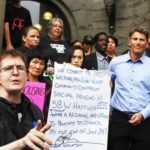 The shifting sands of Foundation funding for social housing

On August 2nd the Downtown Eastside Our Homes Can’t Wait (OHCW) campaign and the tent city at 58 W. Hastings announced a win. (…) 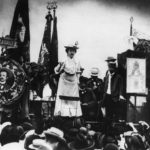 In two weeks the Alliance Against Displacement reading and discussion group will tackle some pages from Rosa Luxemburg’s Anti-Critique, where she defends the arguments advanced in her great tome, The Accumulation of Capital. (…) 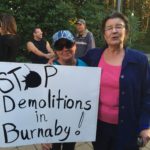 Metrotown residents speak out against yet another Corrigan demoviction 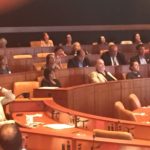 On Wednesday September 14 the Trudeau Liberals held a consultation meeting in Vancouver for a “new national housing strategy.” (…) 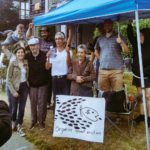 During the twelve days of the Anti-Imperial Squat in Metrotown, more than a dozen homeless people passed through the doors of the evicted apartment building. (…) 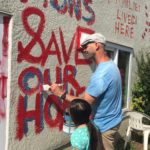 June 30th was eviction day for nearly 100 people in three buildings on the 5000 block of Imperial Ave in a heavily demovicted area of Metrotown, Burnaby. (…) 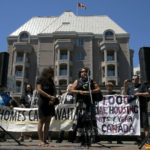 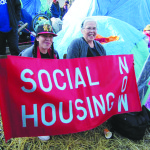 It felt like a major victory when, this spring, the courts refused to grant an injunction to the Provincial government to remove Super InTent City (SIC) from the lawn of the Victoria court house. (…) 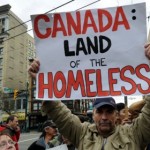 These days, a lot of thinking about how we organize our social movements is focused on the connections between different struggles. (…) 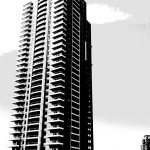 By the end of the decade, every old low-rise apartment building on the square block around Dunblane Ave in Burnaby will be destroyed and replaced by spires of concrete and glass. (…) 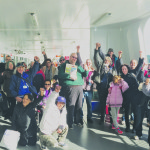 To paraphrase Leo Tolstoy: all well-housed people are alike; each homeless person is homeless in their own way. (…)

The tents set up on the lawn of the Campbell River City Hall looked like a tent city, and the space served as a tent city for about 20 homeless people, but it was more a tent-in protest for services than a spontaneous survival space established by homeless people. (…)

with a poem by Tracy Scott

The Cliff Avenue tent city is only the visible tip of the iceberg of homelessness in Maple Ridge, where people live in temporary camps hidden from sight throughout and around the city. (…)

This was almost the summer that the army of austerity got turned back at the Greek gates. (…)

While living in the Mission area in 2013 I regularly picked up hitchhikers traveling on Lougheed Highway in the first rural area beyond the suburbs of Vancouver. (…)

Are young professionals who can’t afford to buy a single-family home in a similar “housing crisis” to people who sleep on the street? (…)

While rent subsidies might be a new trend in Canadian politics, they have a long history in the U.S. as the “Section 8” housing program. (…)

The Ugly Reality of Anti-Poor Hatred

“People who sleep alone in the woods are in more danger than people in the camp. They’re always in danger,” Mum said. (…)

When Teresa Dettling noticed that Simon Fraser University’s administration had closed applications for the huge campus residence she lives in, she started to worry. (…)

On January 30, 2015 the Conservative government introduced Bill C-51, an omnibus bill (a single Bill that will impact many laws and policies) that the media refers to as Canada’s “anti-terrorism” act. (…)

Voices from the Abbotsford Dignity Village

The Dignity Village homeless camp in Abbotsford, established in the spring of 2013, is the longest running protest tent city in postwar history of BC. (…)

The funding cut & displacement agenda behind the PHS scandal

The Portland Hotel Society (PHS) is at the centre of a shit storm. The spectacle of the storm has captured all the press (…)

City Hall is making and proposing pro-development policy changes and neighbourhood plans. The first effect is a great leap in land values. (…)

For many years low-income community groups and residents in the Downtown Eastside (DTES) have fought for a place at the planning table, mobilizing around slogans like “nothing about us without us.” (…)

As the main points of the City’s coming DTES Local Area Plan (LAPP) begin to emerge from the highest offices of city hall, a caucus of low-income people who have been involved in the consultation process around the LAPP are developing their own plan. (…)

The bottle depot block is home

On May 16 Vancouver City Council passed a motion to support the United We Can bottle depot to move from its long-time home at the 000 block of East Hastings to an industrial area south of Terminal Avenue. (…)

Gentrification in the Downtown Eastside is fueled by real estate speculation, investment, development and the promise of the already super-rich buying-low and selling-high. (…)

The Canadian prison system is racist and getting racist-er

Downtown Eastside residents without citizenship status can’t get welfare, don’t qualify for social housing or most homeless shelters, risk deportation if they go to health clinics or the hospital, and are vulnerable to racist police (and immigration officer) harassment and brutality. (…)

Daniel Boffo is a young developer born into a family real estate development company far from poverty and the streets. (…)

Pigeon – a recent peoples’ history of a peoples’ park

The view of Pigeon Park that gets shown on the media is an outsider’s: gawking from the window of a commuter’s car or through the blue lens of a police reality TV show. (…)