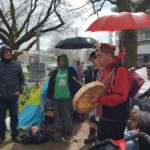 On Tuesday April 18th, the City of Duncan won an injunction against homeless residents who are camped at Charles Hoey Park. (…) BC anti-election column: BC Liberals and NDP both promise a renewed war on street-level drug dealers

As a former harm reduction worker, I remember previous periods of strong drugs and high rates of overdose. (…) People across Canada are continuing to die at staggering rates from illicit drug overdoses. (…) 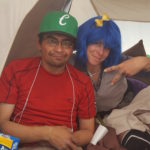 Against the Court Injunction, the fight for freedom continues at Super InTent City

On July 5, 2016, the much anticipated Super InTent City (SIC) injunction ruling came down. And down it came. (…) On June 15th, the Province announced its purchase of Central Care Home to provide 140 units of permanent social housing in Victoria. (…) It felt like a major victory when, this spring, the courts refused to grant an injunction to the Provincial government to remove Super InTent City (SIC) from the lawn of the Victoria court house. (…)

Forty tents set up on the Victoria courthouse lawn surround a sacred fire, open kitchen, and supply tent. Within its first three months, over a hundred people have made this tent city home. (…)

On September 16, the City of Victoria will host a “Sheltering Solutions” workshop for the general public to help identify temporary solutions to homelessness. (…)

In mid-June a coalition of groups in Victoria came together to host Street Deaths are Preventable Deaths: Week of Education and Action about the fatal impact of poverty and homelessness. (…)