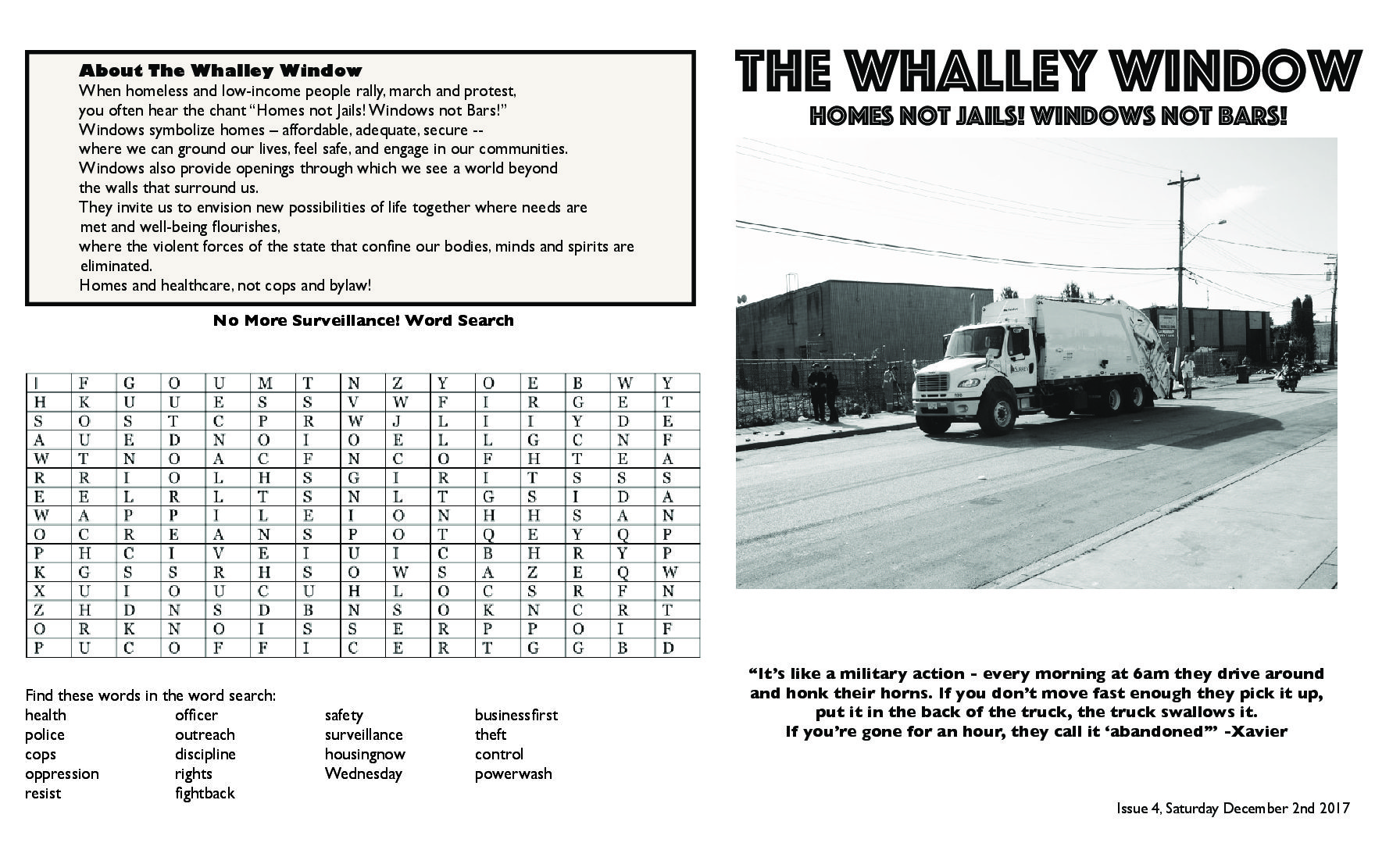 “It’s like a military action – every morning at 6am they drive around and honk their horns. If you don’t move fast enough they pick it up, put it in the back of the truck, the truck swallows it. If you’re gone for an hour, they call it ‘abandoned’” -Xavier

“This is an Outdoor Prison”
By The Whalley Window team

It’s been almost a year since the City of Surrey launched its City Centre Response Plan to deal with the “public health and safety” crises on the strip. What has become disturbingly obvious is that the city cares little about the health and safety of the homeless folks forced to live on the sidewalk of 135A Street. Its prime concern is the “health” of economic development and the “safety” of business and property owners in the area.

Instead of providing housing and healthcare to the homeless population on the strip, the City has installed a regime of punishment and surveillance. Surrey’s “outreach team” of 12 cops and 4 bylaw performs an “outreach” function for the prison industrial complex; they are not social workers, health workers or housing advocates. They carry guns and the laws they enforce, in arbitrary and punitive ways, serve the interests of the property owning class.

What the City has created on the strip is an outdoor prison, where the people living in squalid, deplorable conditions of state-legislated poverty are surveilled, controlled and punished on a daily basis. And since the police oversee the entire operation, all other workers (fire, paramedics, social workers) participate in their oppressive regime of disciplinary management.

So it’s not that surprising that after nearly a year the homeless population has grown, the physical and mental health conditions of their lives have gotten worse, and there has been no provision of secure and dignified housing. For the residents of the strip, the City’s “public health and safety” strategy is one of punishment and elimination, plain and simple.