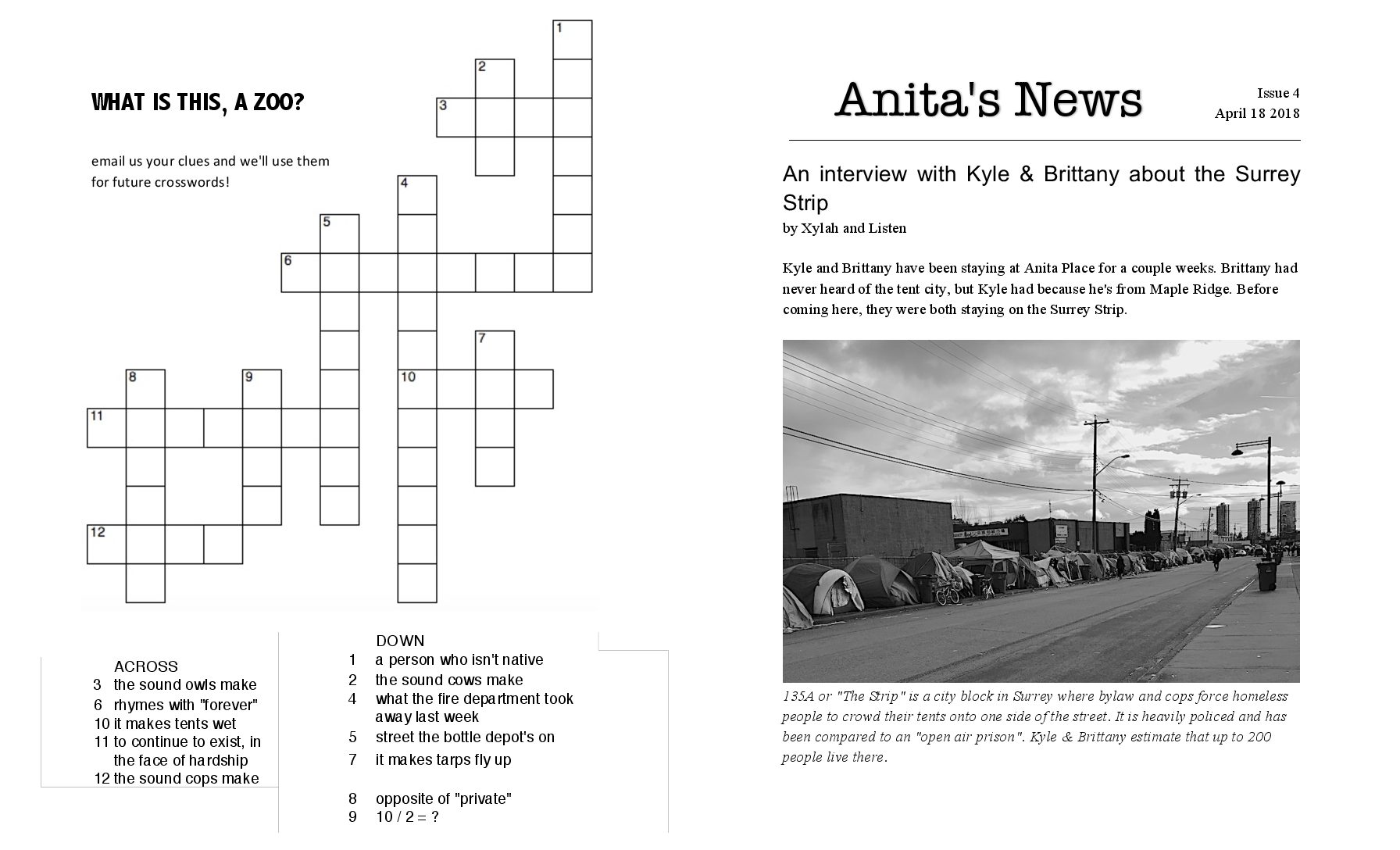 Kyle and Brittany have been staying at Anita Place for a couple weeks. Brittany had never heard of the tent city, but Kyle had because he’s from Maple Ridge. Before coming here, they were both staying on the Surrey Strip.

135A or “The Strip” is a city block in Surrey where bylaw and cops force homeless people to crowd their tents onto one side of the street. It is heavily policed and has been compared to an “open air prison”. Kyle & Brittany estimate that up to 200 people live there.

Why did you decide to stay here?

What’s the first thing you noticed when you came to Anita Place Tent City?

Kyle: The Strip is more like a FEMA camp. We know everybody on the strip though, so in some ways it’s easier there, but it’s more hostile. Like, it doesn’t seem hostile to us because we’re used to it. It’s more like a community here, when we came here people were like oh yeah, this is a community, come in! Coming here, we realize how crazy it is over there.

Brittany: Yeah we argue more when we’re staying on the strip, because it’s more hostile. And it’s busier and feels more like a city.

Do you think you could bring back what we’ve done to the Strip?

Kyle: It’s so run by the bylaw and police, out there people try to stand together but it’s too hostile, it’s a freaking refugee camp. You can’t just move there, bylaw comes and tells you where you can put your tent. You can’t even move around.

Xylah and Listen reflected on Kyle and Brittany’s description of the over-policed, hostile environment on the Strip.

Listen: It makes such a big difference having so many cops and bylaw policing people, it’s hard for people to feel like they could organize a tent city.

Xylah: Well just because you and I couldn’t go to Surrey and organize a tent city, doesn’t mean Kyle and Brittany couldn’t, right? They know the people there.

Listen: Right, the first thing you need to hold a tent city is a bunch of people, and people on the Strip all know each other because they’re forced to live on one block. All you need is to be able to imagine something different.

Xylah: But people also need to want something different! Institutionalization can take away that desire. That’s why we need to help one another.

Listen: Yeah, the more tent cities there are, the more homeless people can see that they can fight back if they organize!