No Unity with Transmisogynists or Sex Work Prohibitionists 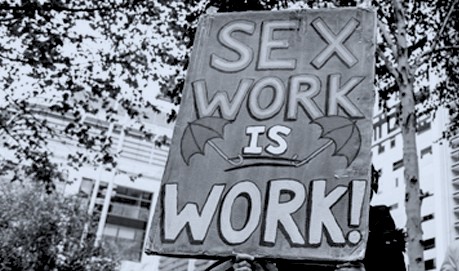 Vancouver Rape Relief (VRR) refuses to affirm trans women as women, but rather than explicitly make the claim that trans women are men, they dodge the question with tautologies like “trans women are trans women.” VRR excludes trans women from the broader category of womanhood not because we experience distinct oppression as trans women (which we do, in the form of transmisogyny), but because, in their eyes, we were “socialized as male”— a euphemism for “not real women.”

On this basis, VRR constructs trans women as a potential threat to other women, and argues that trans women should not be able to access women’s only spaces or resources. In doing so, VRR excludes trans women from essential services and support, putting us at increased risk of violence. Furthermore, by positioning trans women as threatening, they erase the disproportionate rates of violence that we experience from men as well as other women.

The VRR position on sex work is that it should be abolished. They claim to oppose laws that criminalize women, and instead support the criminalization of “demand.” In practice, this position means the use of the law (and thus pigs, courts, and prisons to enforce it) to prohibit sex workers from engaging in sex work. Furthermore VRR’s use of language like “pimps” and “johns” positions sex work as an avatar of exceptional violence, erasing the systematic nature of violence against women both inside and outside of sex work.

VRR’s politics are further muddied by their claim that they are not anti-sex work, but anti-human trafficking. However, because they believe that women cannot consent to sex work (and that those who think they can are exhibiting “false consciousness”), VRR concludes that all sex work is human trafficking. It is important to note that all activities involved in trafficking are already against the law (there are laws prohibiting sexual assault, kidnapping, confinement, etc). Introducing new laws would not inhibit trafficking; it would only increase the surveillance of sex workers by police, putting them at risk to police violence, criminalization, and incarceration.

Two observations about the 2020 BC election

Tenants Fear a “Return to Normal”: Resisting Evictions during and after the Pandemic