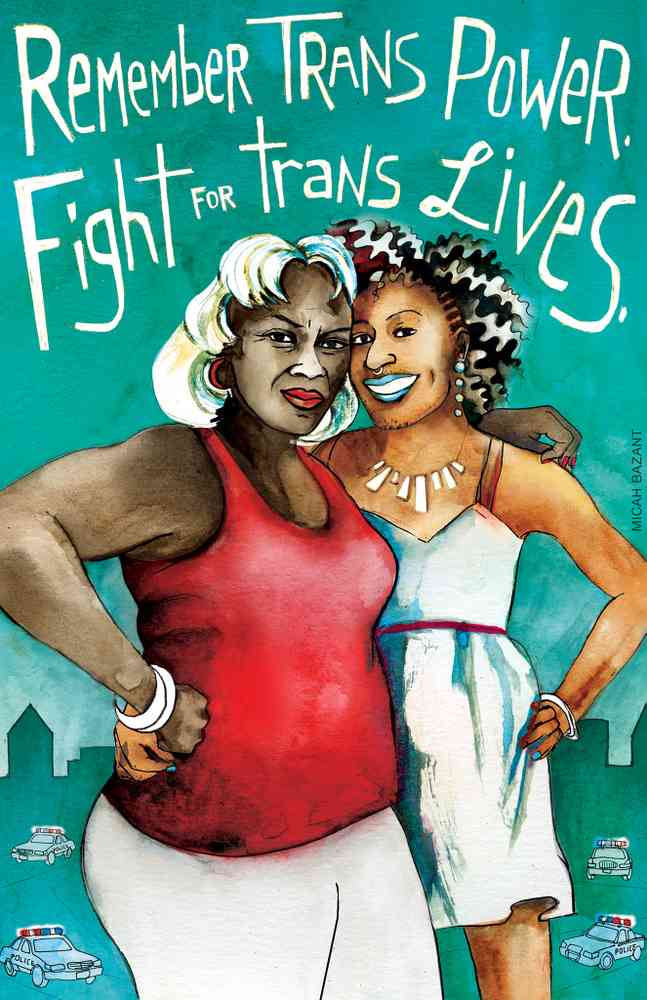 Trans women and sex worker communities are no strangers to the death and disappearance of our friends and comrades. Motivated by the recent pain of losing yet another of our trans sisters, who was found dead behind the Patricia Pub after being missing for a year, working class trans women in the DTES and East Vancouver have come together to end our gendered class exploitation. As working class people and as women we see that we will continue to suffer until this society – organized on the basis of sexism, racism, and the exploitation of labour – is overthrown. The following is an edited transcript of a roundtable discussion at our inaugural campaign meeting. This is the first half of the transcription; read the second half here.

What are the limits of the resources trans women have access to in Vancouver?

L: Identifying as a trans woman or identifying as gender non-conforming or identifying as two spirit comes with social marginalizations and social attacks on our personhood, like not being allowed in spaces, not being seen, being misgendered, our behaviours being read wrong — as manipulative or coercive, when they’re really just cries of pain and expressions of being exhausted, right? But [beyond identity experiences] there’s also a structural dimension of this oppression of trans women: community support workers and social workers, act as gatekeepers that administer resources to trans women and sex workers, rather than create avenues for trans women and sex workers to decide how to use those resources for ourselves. In this way we have a classed relation to social workers.

K: We can’t heal where we’re suppressed into these SROs. We don’t have a chance to heal. It seems like that’s what they want us to do. Just deal with all this abuse, rot, just stay in our own shit.

S: There was one time the staff [at a supportive housing building] was mad that I would rather have spoken to a woman about my sexual assault. He was like, “I used to know transexuals. They’d go down to the beach dressed up and I saw how badly they were treated, so I do get it.” No matter how vulgar and vile the actions of RainCity staff can be, and these SRO staff can be, a lot of them still get paid leave.

K: If you’re transexual and you get forced psyche med injections, it’s done in a way that’s a lot more brutal than normal. I’ve experienced that. I know that they treat people differently; if they don’t take their shot that day they send out teams to tackle these people and they will take their shot.

S: Dude, the ACT teams are fucked. Intramuscular injections are fucked. They fucking slammed my head against the elevator one time.

S: In Victoria, social workers I was with “accidentally” got lost when I was in a dress, handcuffed, looking like some fucking crossdresser. Good times. Every single time I go to the hospital, I look explicitly transgender, which sucks. It would have been great if it was on a day where I was just in a hoodie and blue jeans, but it’s always when…

K: You’re going out and having fun with your friends. You’re dressed up a little bit.

K: The housing organizations that say they’re strong in this belief — they believe in ending transphobia and all that — they say transphobia is not allowed, zero percent allowed in their buildings. Yet they allow it to continue when we do complain and we do say something. Then you look like the bad person for even bringing it up. They make you know that that’s what’s happening in ways that are abusive. It comes from management and goes all the way down. There are the odd people there that work in the supportive housing buildings that will stick up for you, but it’s very few. Of course, they’re all scared of the repercussions of being fired and losing their income.

L: There is definitely a relationship between non-profit workers following organizational protocol, even outside of work, at the expense of low-income trans women because their jobs make them economically secure.

S: We’re focusing too much on SROs right now and the point is I have to live there. This is fucking with my head right now. Can we change the topic? This is making me think of everything bad that’s ever happened to me in that building at the same time.

J: I’ll say something that’s divergent. This is an open space for those emotions. You don’t have to feel bad about having that response. I just want to go back to when K was talking about going to a service and having to identify yourself. We can connect this interaction to one of our campaign demands, being that services and spaces be staffed by people from trans and sex worker communities. Self identification demands that you expose yourself to judgement and individualize your needs.

K:  I had to ask permission to bring my friend into the Women’s Centre because, what? They can’t figure out that they are two spirited?

L: I think that there is a disconnect between people that aren’t trans who have never been put within a police or soft incarceration regime to identify themselves on a gendered basis to access women’s resources. We have to justify our existence through our abuse — as trans women, as two spirit people, and as working class people– and submit ourselves to a regime of policing. Our identity becomes the focal point, like, “Are you actually a women?” And then you have to prove it. Cis women don’t have to prove that they’re cis by revealing their trauma to strangers.

S: They expect us to just have this big list, like, “Oh, hey I have a list of every time I have ever been abused. I can tell you about all my shitty boyfriends.” Women’s shelters did that to me. They made me feel like I had to go on diatribes about every bad boyfriend I ever had, and every r-word [rapist] that I ever had, and every bad person that ever hit me or touched me badly because I’m a women. They expect me to be like, “Sure, I’ll tell you all of that.” We shouldn’t have to do that. We have to prove that we experienced misogyny before we get to access a women’s space and we shouldn’t have to feel like we need to be abused more before we can be in a women’s space.

J: It’s interesting because arguably part of the analysis that we have is that it is our experience of oppression that makes us part of the social group of women. But, women’s spaces police the experience of misogyny to exclude trans women.

I: Yeah, a cis feminist sees a cis woman and assumes that she experiences misogyny and oppression on the basis of her womanhood, then sees a trans woman and doesn’t assume the same thing and requires that woman to demonstrate all the misogyny she’s ever experienced. And in an ongoing way, too — you have to keep proving yourself, right?

S: They make you think that you have to have that thing happen to you just a couple more times before you’re valid. That’s how I was thinking in that shelter. They fuck your brain right up. I can’t even see a woman anymore when I look at myself. I used to be so confident and I was like, “Fuck you all, I’m a woman.” Then I went through those shelters and now when I look at myself all I see is a fucking man, and I hate it, and I hate myself. They poison you and they make you feel bad and then you hate yourself. They made me scared to say I am a woman. I never felt like that and then they did it. They made me feel like if I say I’m a woman, I’m going to get yelled at or I’m going to get hit or something. But I am one.

Anti-Asian misogyny is state power: On the mass shooting in Georgia