This month’s Volcano has been a long time coming. Since 2012, The Volcano has published a newspaper every 3 months or so, and since 2017, an online newsletter every week. The Volcano has been a consistent source of social movement journalism for low-income working class and Indigenous communities throughout British Columbia, which we have always published from our base on unceded Coast Salish territories, home of the Musqueam, Tsleil-Waututh, and Squamish Nations. But this month’s Volcano is a return from a particularly long break (nearly a year!), and we are reappearing with some editorial and publishing changes. This editorial explains why we paused publication and what restarting The Volcano means to the current editors.

A break from publishing but not from struggle 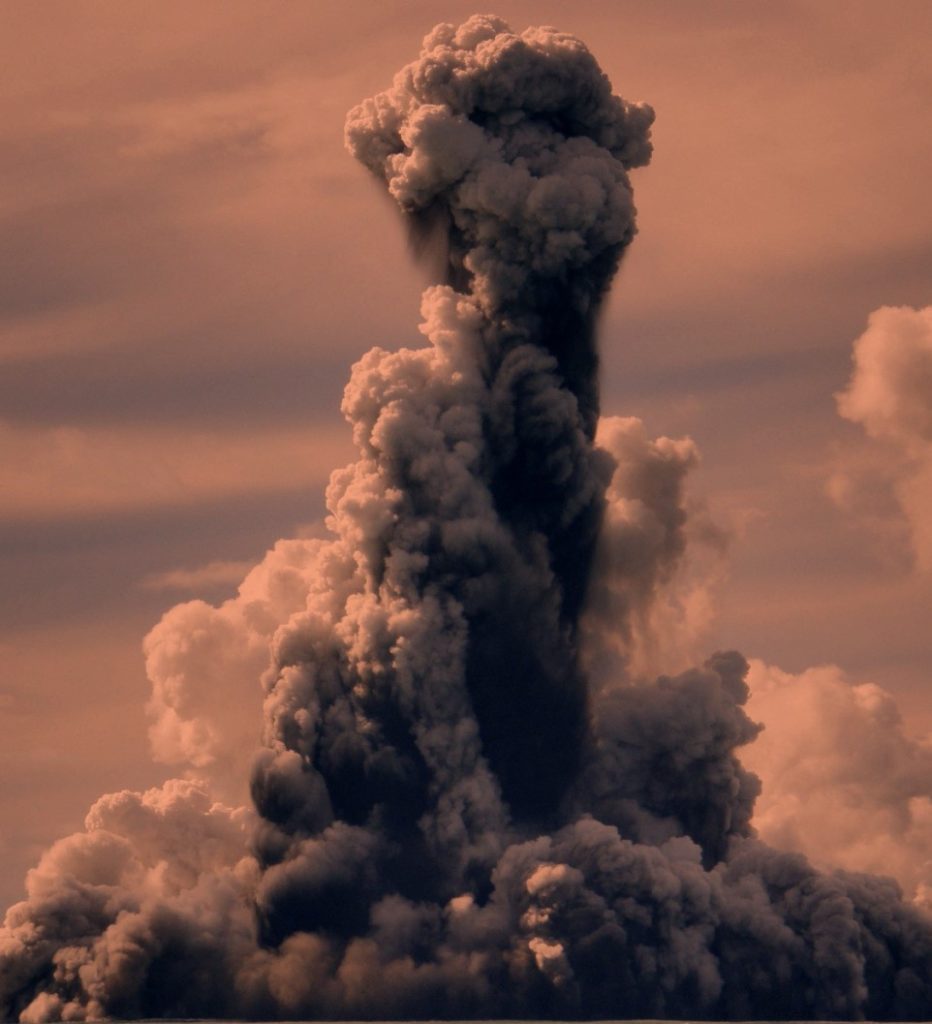 In May 2017 The Volcano published our spring issue on the occasion of the Provincial election. Our election issue focused on 16 years of BC Liberal control over the legislature and argued that, as Thatcher claimed of her influence over the Labour Party in Britain, Gordon Campbell and Christy Clark’s greatest legacy was winning the BC NDP over to finance and investment growth economics and austerity governance. We argued that the flight of Canadian manufacturing industries in pursuit of cheap labour and lesser regulations in the global south, and the BC Liberal attacks on public sector unions, has had devastating impacts on the trade union movement and therefore the NDP. We said that capitalism’s economic reason for social democratic redistribution policies – taxing the rich to fund social programs for unemployed or low-income workers – is gone. Therefore, we said, the traditional parties of social democracy – whether Vision Vancouver or the Burnaby Citizen’s Association at municipal levels or the NDP at the Provincial level – have adopted neoliberal programs that focus on encouraging capitalist investment, at the expense of social programs.

Members of The Volcano editorial board had differing interpretations about what to do about this problem. Two different approaches to meeting this challenge emerged within the collective: 1) Building a new social democratic electoral party, using community organizing as a platform for electoral politics in order to push for policy reform that benefits low-income working-class populations and; 2) Building the anti-capitalist and anti-colonial dual power of those working-class and Indigenous communities, using  community self-defense and survival campaigns that block police and courts from displacing us in order to take and create the homes and resources we need, and which the Canadian state refuses us. For our first years together, we had been able to hold these differences in the newspaper collective. But tensions increased between these opposing positions with the election of the BC NDP, which strained alliances between revolutionaries and social democrats that had been possible with the NDP in opposition, and the weakening of Vision Vancouver, which opened possibilities for a new electoral project in Vancouver municipal politics. The Volcano is refounding as a publication that is part of a ground-up revolutionary social struggle against the colonial Canadian state and the international capitalist class.

Our community is international

The Volcano editors have years of experience in on-the-ground community self-defense campaigns in cities and towns throughout southern British Columbia. We have learned that The Volcano can be a valuable social movement tool—one that connects leaders, strategies, and lessons across local communities. But while we have linked homeless struggles in Maple Ridge with those hours away in Victoria, we believe limiting ourselves to one province in one country is not enough; The Volcano needs to take pan-regional reporting and organizing to a national and international level. The Volcano is reemerging with a commitment to building connections with anti-colonial, anti-imperial, and anti-capitalist struggles internationally—so in coming issues, while you will still see coverage of local community struggles that you won’t read anywhere else, you will also see articles about political problems and fightbacks that take place all over the world.

The Volcano is a place where oppressed people can write our own histories—where we can document our grassroots work, reflect on our relationships to each other, and continue to develop a political consciousness informed by our struggles.

The Volcano sees theory and practice as indispensable to each other. To the detriment of low-income, working class, and Indigenous communities, theory has become dominated by trained professional thinkers paid by universities and powerful media institutions. The Volcano wishes to reunite the production of knowledge with the communities producing alternatives to colonialism and capitalism in their day-to-day lives. The Volcano is a platform for low-income, working class, and Indigenous communities to arise as theorists of their own struggles: the thinker-fighters that Italian communist Antonio Gramsci referred to as “organic intellectuals.” You will see more theory in The Volcano in new columns: “Our Language,” where we will develop a radical vocabulary; “Our Legacies,” where we will publish histories as well as articles and speeches from the archives of our revolutionary ancestors; and longer theory articles that we hope to publish as occasional pamphlets.

Who we are and how we’ll be publishing

The Volcano editorial collective has been reorganized since the summer of 2017 and holds true to our principle of bridging different struggles by having people involved in community struggles against oppression write and edit their own stories. All members of the editorial board are active in or accountable to community organizing. The Volcano is affiliated with the anti-capitalist and anti-colonial community activist group Alliance Against Displacement but has autonomous editorial direction.

In addition to the priorities of The Volcano editorial collective changing, our publishing schedule is also changing. We will still be publishing a weekly online newsletter but our print newspaper will come out monthly rather than seasonally. We will be reducing our print run and the size of the paper (we were printing 10,000 copies seasonally!) in order to focus on distributing it to low-income, racialized and Indigenous community spaces that are on the analog side of the “digital divide.” We think that a regular monthly print paper will be more useful as a source of news and analysis for communities in active struggle. We also plan to publish a monthly podcast and irregular theory and research pamphlets, but the specifics of this work are still unfolding. To have the print version of the newspaper delivered to you, for your own household or to help distribute them in your community, contact us. Anyone who makes a sustaining donation of $20/month or greater may have a print newspaper mailed to your door.

The Volcano relies on the donations of individual supporters to survive. We don’t accept advertisements and we don’t accept government or foundation funding. We believe that donations from our supporters is a form of accountability and responsibility to our communities. If you like what we’re doing, please make a one-time or (better) a sustaining contribution. The options are available on our donations page: http://thevolcano.org/support-us/

All editors are contributors to both the online publication and the print newspaper, and The Volcano welcomes all submissions from writers, artists, and activists engaged in low-income, working class, and Indigenous organizing. To submit, email the editors at: editors@thevolcano.org.