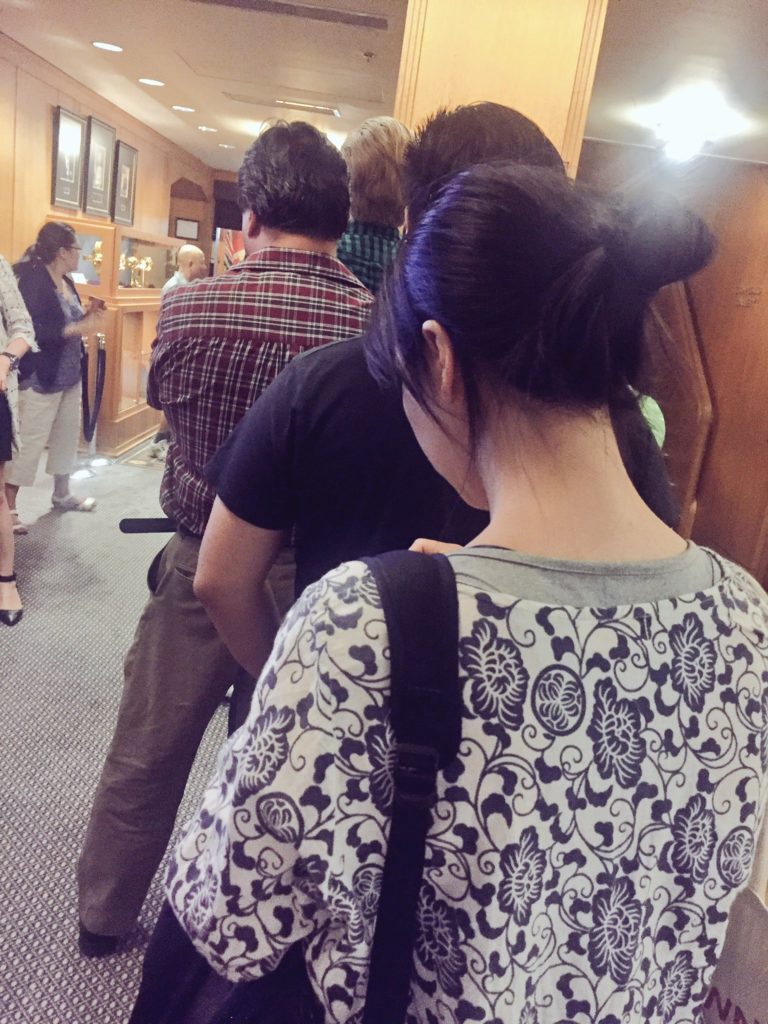 Hello my name is Mark Lee. 我叫陳德聰 I am a community interpreter and translator who has been volunteering with Youth For Chinese Seniors since August 2015. I am here to support Chinatown seniors, low-income residents and the many other hardworking members of our community who have come here to be heard. I oppose this rezoning application.

Originally, I had planned to translate this speech in its entirety, but as many of us are discovering more and more, this council values convenience over fairness in this process, giving those who require an interpreter effectively only half of their right to be heard. This lack of language access is also what allows people with different motivations to take advantage of seniors and get them to support something they don’t want to, and results in uncomfortable truths like the woman I sat beside who told me she is actually opposed to the development but feels nothing can be done about it, and when pressed, she simply said “you understand.”

With that said: My grandfather’s grandfather, my great great grandfather first set foot in this city in 1896. My family has been tied to Chinatown ever since, despite effort to push us and others out, which apparently continues to this day.

My mother grew up in a house owned by her grandfather in Strathcona, 639 Dunlevy Avenue, until the 60s when the land was bulldozed. My uncle worked in a BBQ meat store owned in part by my grandfather on Pender, 廣興燒臘肉食有限公司 that is now Space Lab. All of my mother’s siblings and cousins went to Chinese school in Chinatown.

I came to Chinatown with my grandma as a child. We used to eat dim sum at Garden Villa before hanging out at the Chin Wing Chun society.

I’m telling you this because I want you to understand what it feels like to be intimately connected to a community for 4 generations and be told that more of the exact same thing we have seen over the years is somehow going to revitalise the neighbourhood. Somehow, an influx of unaffordable housing and unaffordable retailers and unaffordable restaurants is going to save Chinatown. I’m not buying it.

Corporate entities with vested interests weighing in on 25 so-called social housing units vs. Chinese seniors, low-income residents, and community groups who actually stand to gain from social housing units, those who are saying a) that $700 is not affordable, and b) even if it were, 25 units pales in comparison to what has been and what will be lost in Chinatown if this project goes through. Between them, I’d hope you choose to believe the community when we say we can’t afford this.

We can talk about supply. It’s a waiting game: if you say we can’t have affordability ‘til we have supply, what I hear is you really mean we need to prioritise people with money before low-income residents can have the leftover scraps.

So should we have to just sit by while a developer essentially holds this lot ransom? Supposedly it’s “either give them 12 storeys or they’ll just build 9 w/ no community benefits or even leave the lot empty.”

But you can’t put that on us for being opposed to this development. The lack of affordable housing for low-income residents continues to be your responsibility. You can’t keep pushing that responsibility off on others by saying that this is private property. That didn’t stop the City from expropriating the land my mother grew up on in Strathcona.

Ten Year and Anita Place Tent Cities: Security for the homeless, sites of struggle for us all: By the Editors

Do not tell us the City cares about people more than profits – show us!