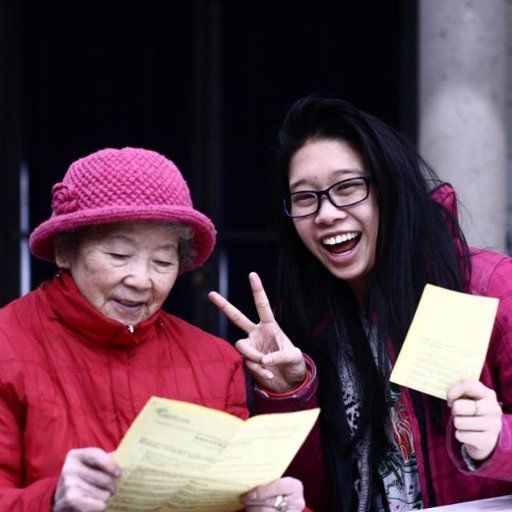 I’m going to address issues raised on the first day of the hearing and earlier today.

One point is cleaning up the streets, which I support. These individuals who want Chinatown to be cleaned up can get their Narcan training and pick up a pair of tongs and a bucket to pick up used needles and trash with us.

The City can do its part be supporting more harm reduction initiatives. The police can stop the criminalization of Black and brown bodies. Don’t support the dehumanization of drug users – stop treating them as scapegoats for our problems.

We do need greater supply of housing for the housing crisis – a greater supply of low-income housing at shelter rate. Low-income social housing hasn’t been built in years by any level of government. The 25 units promised in 105 Keefer, most of which are $700 a month, are completely out of reach for pensioners on Old Age Security.

I am an organizer with Chinatown Concern Group and I oppose the 105 Keefer rezoning proposal. Most of our members are elderly women with very little education, and most only speak Chinese. Some are illiterate in both English and Chinese. They have grown accustomed to being silenced, ignored, and being told that their voices and opinions don’t matter.

As a woman of colour myself, I’ve also gotten used to this kind of treatment. I’m used to being put second to white women and to men in the Chinese community. I experience this marginalization even though I have the privilege of being fluent in English and college educated.

I have had the honour of being accepted into these elders’ lives; I feel like family in the low-income Chinese community in Chinatown. I have grown immensely alongside these strong, resilient women. We’re learning together to demand what we deserve, what’s been denied of us, and to call out injustices forced on us – namely, violent gentrification and the displacement of vulnerable, low-income immigrant communities, and the exclusion of our voices from politics.

Over the past 3 years, Beedie’s so-called community processes have been largely inaccessible to Chinatown seniors, and many haven’t been engaged. There was severely inadequate interpretation and translation at open houses, and very few residents received notices for those open houses.

Some pro-105 Keefer speakers said they supported the project because of the 25 social housing units and senior’s centre. But both of these would be unaffordable and inaccessible to most seniors in Chinatown.

Chinatown Concern Group is calling for 100% of units in any building at 105 Keefer to rent at welfare shelter rate and affordable to people on Old Age Security pension. We call for it to include a free, multipurpose, inter-generational community space.

City Hall must take responsibility for this project, in order to take care of our elders and the living culture, history, and heritage in Chinatown that they represent.