Editors note: This article was published on the morning of Friday April 21, 2017. It contained a factual error. The article stated that AUPP was funded through Truth and Reconciliation funds. AUPP is funded through University Priority funds.

Late in the afternoon on Wednesday April 19th, I received a public email from Peter Keller of the VP Academics Office at SFU notifying us that, very suddenly, the Aboriginal University Prep Program (AUPP) was being cut. I received no warning of this decision, nor did my boss, the program manager of AUPP.

For the past three years, I have taught in the Aboriginal University Prep Program at Simon Fraser University. AUPP is one of two programs run under the umbrella of the Aboriginal University Transition Programs. It brings Indigenous students from across Canada into a year-long program that prepares them for entry into university. The program is Indigenous-centred. It blends Indigenous knowledges with academics. When students enrolled in AUPP pass the program with a grade of C or higher, they gain automatic acceptance into SFU as undergraduate students, and their credits from attending the program transfer towards their undergrad degrees.

The decision to cut AUPP and its sister program, a prep program for Indigenous students wishing to enter the health sciences, comes in the midst of SFU conducting its Aboriginal Reconciliation Council (ARC) process. ARC is supposed to take leadership from Indigenous community members, faculty, staff, and students in determining how to implement Indigenous-centred education and support services at SFU. ARC is the body that determines how SFU will spend $9 million for initiatives that are supposed to “promote reconciliation within the SFU community.” It is a response to Truth and Reconciliation findings and the TRC’s 94 recommendations.

Considering the timing of the cut to AUPP, SFU’s commitment to supporting Indigenous education seems questionable. Peter Keller’s email suggests that it is a “decline in enrollment… along with other factors” that prompted the administration’s decision to shut AUPP down. While the past three years have indeed seen lower numbers of students entering AUPP, the response to this should not be to close the program. Instead, SFU needs to support recruitment and build stronger relationships with Indigenous communities.

While Keller recognizes the good work of AUPP, what he does not recognize is the fact that the program, as one of very few examples of SFU reaching out to Indigenous communities as prospective students, has been a material example of a reconciliation effort by a colonizing institution. SFU’s decision to cut the program without a plan to replace it represents a retreat from any materially redistributive aspect of “reconciliation.” Reconciliation becomes, once again, a nice thing to say that actually changes nothing.

University Priority funding – where is it going?

AUPP funding comes from University Priority Funds money. The funding was set to run out at the end of the 2017-18 academic year. In the past six months, AUPP has been preparing for this loss of funding by conducting an internal review of the program. They have hired an Indigenous consulting team to review the program by gathering information and interviewing AUPP students, faculty, and staff. Once this internal review is complete, AUPP was set to go through an external and official review process conducted by SFU to determine how to continue the program forward after the money ran out.

Significantly, AUPP’s funding was secured for another academic year at the point that SFU’s administration decided to cut the program entirely. This means there was another year of funding on the table and earmarked for AUPP.

What will the administration do with the remaining year of funding, now that they have no Indigenous-centred program to support? Given that AUPP was SFU’s most significant attempt to engage with Indigenous community members as students, and reverse the historical impacts of the residential school system, how does the cutting of AUPP do anything other than halt any material change and reconciliatory efforts of higher education institutions? 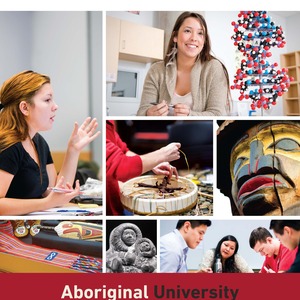 Some history on the mismanagement of Indigenous education funds at SFU

*This section was written with the help of Angela Semple, member of the FNSA, 2008-2011

In 2010, the First Nations Students Association at SFU mobilized to fight back against the appropriation of funds for Indigenous students. These funds were earmarked for constructing an Indigenous student space on the SFU Burnaby campus. The money, $600,000, was secured through an application to the Ministry of Advanced Education’s Gathering Places Capital fund. This fund was set up to construct Indigenous spaces on post-secondary campuses across BC.

Without consultation with any Indigenous students, faculty, or staff, the administration decided to use the funds to construct an open-air atrium that connects the long-standing Academic Quadrangle building to the, at the time, under-construction Saywell Hall. This area of campus is directly outside the SFU Museum of Anthropology and Ethnology. It became clear to First Nations Students Association leaders that the grant for $600,000 was actually written and applied for by a worker at the Museum, not by any Indigenous person on campus. The Museum had run out of funds for its own expansion, and so it secured the $600,000 from the Gathering Places Capital fund to bridge its own financial gap.

It was only through the committed fighting of the First Nations Students Association that the administration was pressured to redirect money back towards Indigenous students. Six years after it should have been built, SFU began construction of the new Indigenous Students Centre on the Burnaby campus. The ISC design and layout was a significant compromise by Indigenous student leaders. While we have won an Indigenous space at SFU Burnaby, it was only won by fighting the university’s appropriation of money earmarked for Indigenous students.

What we can do

It is significant that the administration already has a history of mismanaging money meant for Indigenous students. Without consultation with the program manager of AUPP, nor its faculty or students, SFU has decided to cut an Indigenous education program, one of the few of its kind in Canada. It has cut this program before the funds have even dried up.

I think it is crucial that we express our outrage at SFU’s decision to end the only Indigenous-centred program it currently runs. AUPP should be reinstated for the 2017-18 academic year, allowing the program to continue out its funding. During this year, a review process could be conducted that determines how to provide even better education and services to Indigenous students at SFU. During the 2017-18 academic year, a team that blends AUPP faculty, staff, and students as well as other Indigenous members of SFU’s community could be brought together to work on designing a revised program that builds from the strengths of AUPP.

This plan would allow AUPP to finish out its final year of University Priority funding. It would allow those students currently accepted into the program for fall of 2017 to actually get the education they have applied for. This plan would strengthen SFU’s relationship to Indigenous students and community members. Finally, this plan would send a message that SFU is indeed committed to materially enacting the principles of reconciliation. Stay tuned for more direct campus organizing against the cut of the Aboriginal University Prep Program.

The following emails are appropriate places to direct concerns and questions: