A disingenuous thank you: BC Liberals pose over the bodies of the thousand lost to overdoses 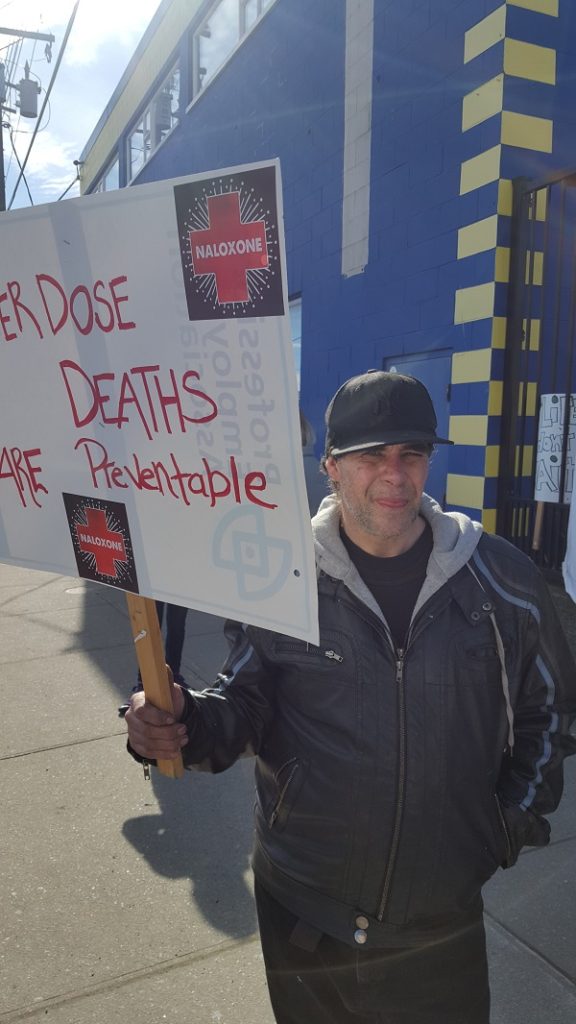 On February 20 of this year, a letter went out from Health Minister Terry Lake and Solicitor General Clayton Pecknold to organizations, agencies, and staff rooms all across the province expressing “gratitude” for our collective response to what is being called the “overdose crisis”. This letter, dripping in sugary sincerity, reads like exhibit A for the defence in a class action law suit against the province for throwing what they term “first responders” under the bus. In one small paragraph the Ministers thanks, in order: “BC Health Services, fire fighters, regional health authorities [you’ve gotta be kidding me!], municipal police[!?], RCMP[!?!], housing providers, contracted agencies, and other community staff volunteers, peers, friends, and loved ones.” Ok… I’ll come back to this in a moment.

Further, and here is the real rub, there is one whole paragraph dedicated to thanking the heroic efforts of all public safety officials. Again, the BC Liberals thank the RCMP, police, and in particular, Canada Border Service Agency “…who are working to stop fentanyl and its analogues from crossing the border and harming our friends and loved one.” Oh geez….where to begin?!

The majority of the letter is a plea for all of those who can access grief supports, made available to unionized workers through their collective agreements, to “…cope with the occupational stresses they face.” On the surface, this could read like a caring employer really feeling the pain of those on the “front line” and wanting to support them in their grief. A more cynical person might suggest that, after having listened to months of news broadcasts reporting that paramedics and other first responders are at a breaking point, and knowing that a provincial election is imminent, that perhaps this performance of care has a darker, political side to it.  Perhaps our collective thread is bare, perhaps the terrible grief in our communities is mounting, and perhaps the government actually has no control of this situation, and therefore feels the need to do a little damage control, or maybe even to reach out. Perhaps, and this seems more likely to me, they’d like to say at a future date “your honour….this government cares deeply about its contracted employees! See! We even wrote a letter asking them to get some counseling!” (By the way, as a unionized worker I can say, unequivocally, that these counseling services are deeply, deeply, inadequate.)

I struggle to find the words to express my exasperation at reading what seems to me a big love-in for law enforcement. The letter mentions others, in particular paramedics, but as the list moves on through the cops, to health authorities, to contracted agencies, the last people mentioned are those at the very heart of this tragedy; those actually dying and those left with the acute grief of their passing. The real, ground zero, in-the-trenches first responders, are people who use drugs. Hands- down. The people who are seeing their friends and street families die, the people are reversing more overdoses than any of the abovementioned groups combined, the people who have the lived expertise of what is really happening on the front line of the war on drugs, and its these very people that only get a passing mention in this grand “Thank You”. Why?  In short, to the provincial government the lives of criminalized drug users don’t matter a damn.

This particular “overdose crisis” (sometimes called the “fentanyl crisis”) is bringing to the surface the clear reality that you cannot stop fatal overdoes while upholding the war on drugs. The order of who gets thanked in this sad letter is not an accident. Law enforcement is the first and last and everyone else, especially those closest to this catastrophe, are utterly ignored. Yes, mostly because the government sees the lives of people who use drugs as next to useless, however, it is also because of the uncomfortable truth, the undeniable validity, of what people on the ground are saying, and have been saying for decades.

The war on drugs pays: it pays the salaries of law enforcement, of prisons, of the poverty industry, and it pays in the very lives of those at the centre of it all – people who use drugs. Thanking the RCMP and Canada Border Service is a terrible, predictable, slap in the face to all those who have seen these jack booted clowns in action, and more so since we further know that without the war on drugs, the great majority of the people working in these agencies would have to find work elsewhere.

Lastly, to thank regional health authorities is a sick joke for many in this province. From Coastal Health, to the bible belt of the Fraser Valley to the deeply incompetent Island Health, how this particular aspect of the war on drugs has been handled, with some small exceptions, has cost the lives of over 1000 people; a number that would never have been tolerated if the victims of the war on  drugs had been white middle class voters.

Out of Control: SRO hotel survey finds that market real estate development and low-welfare rates are to blame for record homelessness in the Downtown Eastside