BC anti-election column: BC Liberals and NDP both promise a renewed war on street-level drug dealers 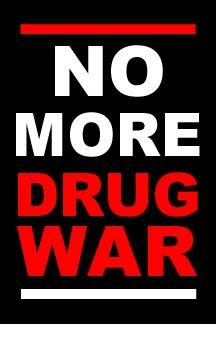 On May 9th 2017, people in British Columbia will go to the polls to vote for a new Provincial government. For many of us, this election feels significant after 15 years of BC Liberal social program austerity, corporate tax cuts, wars on the most vulnerable of unionized working people, a continued drive towards Indigenous title extermination with their invigoration of the NDP’s BC Treaty Commission, and punitive approach towards working-class, low-income women, homeless, people on welfare, and people with disabilities. But is there an electoral alternative? This column will look at the policies and positions of each of the parties over these two months of pre-election and election campaigning. We might not be able to work out “who should we vote for,” but we hope to develop a better understanding of the politics we need for justice against the profit-driven rule of corporations and private property on colonially occupied lands.

As a former harm reduction worker, I remember previous periods of strong drugs and high rates of overdose. Five years ago when the time between these periods shortened, and three years ago when we were breaking into bathrooms and narcanning people almost daily, I could have never imagined that we were witnessing the beginning of the longest and most horrifying overdose epidemic in Canada’s history. The fentanyl death epidemic now lays claim to the number one cause of unnatural deaths in BC. The toll on our communities is indescribable as friends, family members, and workers continue to witness the people they love die preventable and unjust deaths.

The truth is that the overdose crisis has only ever been a War on Drugs crisis, and to perpetuate that war, politicians’ rhetorical divisions between vulnerable drug user and predatory drug dealer has intensified. Prime Minister Justin Trudeau, BC Premier Christy Clark, and municipal police chiefs and mayors make daily choices to withhold life-saving interventions and continue the war on people who use drugs. In Victoria we finally have services where people can use drugs in the presence of medical and support staff. But those police deem dealers, many of whom also use the services, face increased surveillance and criminalization. On the Surrey Strip, we’ve seen overdose crisis dollars fund a 12-cop, 4 bylaw officer outreach team to “build relationships” with “vulnerable” Strip residents while the cops build files on suspected dealers to prepare for a coordinated take-down. The discourse of deserving and undeserving, criminal and victim, justifies forced treatment for people who use drugs and harsh punishments for dealers masking state inaction and culpability in the deaths of its people.

We convene task forces, fund pilot projects, and host conferences to figure out how we can mitigate the harms of the War on Drugs that will only ever be solved by ending prohibition. But we are far from that.

There is a renewed War on Drugs against dealers. On the brink of national marijuana legalization, last week, a multi-provincial sting saw the arrests of the Emerys, owners of Cannabis Culture, and heavy charges laid for trafficking, possession and conspiracy to commit an indictable offence. Trudeau recently announced that he has no plans to legalize drugs other than marijuana. New, tougher sentencing means that those trafficking fentanyl could be sentenced up to 36 months, three times longer than “other street level dealers.” The problem of course is that fentanyl is in 90% of the street drugs and so this just means longer sentences for all street dealers.

Most recently, Mike Farnworth, NDP’s Safety Critic lambasted the Attorney General when two men convicted of possession for the purpose of trafficking walked free because of an absence of sheriffs in the courthouse. In his comments in the House of Commons, Farnworth said: “It sickens the public. Can the Attorney General tell this house why her government would rather see this drug dealing thug, accused drug dealing thug, walk free than ensure there are enough sheriffs in the courtrooms of British Columbia?”

The word thug originated in the British colonization of India from the term thuggee, a gang of “born criminals” who operated throughout the 14th – 19th centuries. Historians believe that the British invented this term to create a perceived threat to public safety and buttress their colonial power.[1] Since then, we have heard it used to refer to the young Black men, protesters, and drug dealers who US and Canadian rulers point to as threats to public safety. Thug is not only a racist term, it’s also a colonial term. Farnworth made these stigmatizing and racist comments not because two people walked out of courts without a trial but because two accused dealers walked out without tough sentences.

In a War on Drugs that has claimed the lives of thousands of people we transfer blame from the state to the individual to keep the focus on criminality rather than criminalization. We point our finger at the criminal justice system that is not tough enough on crime; border controls that are not tight enough to regulate illegal drugs; and doctors who are too lenient on their patients. On the eve of BC’s Provincial election the NDP Public Safety Critic is perpetuating this blame game and it makes me concerned about a future with an NDP or Liberal government. Will BC continue to invest in the War on Drugs that is killing its people, regardless of the election outcome?

[1] See the article “What a Thug’s Life Looked Like in 19th Century India” by Lakshmi Gandhi.