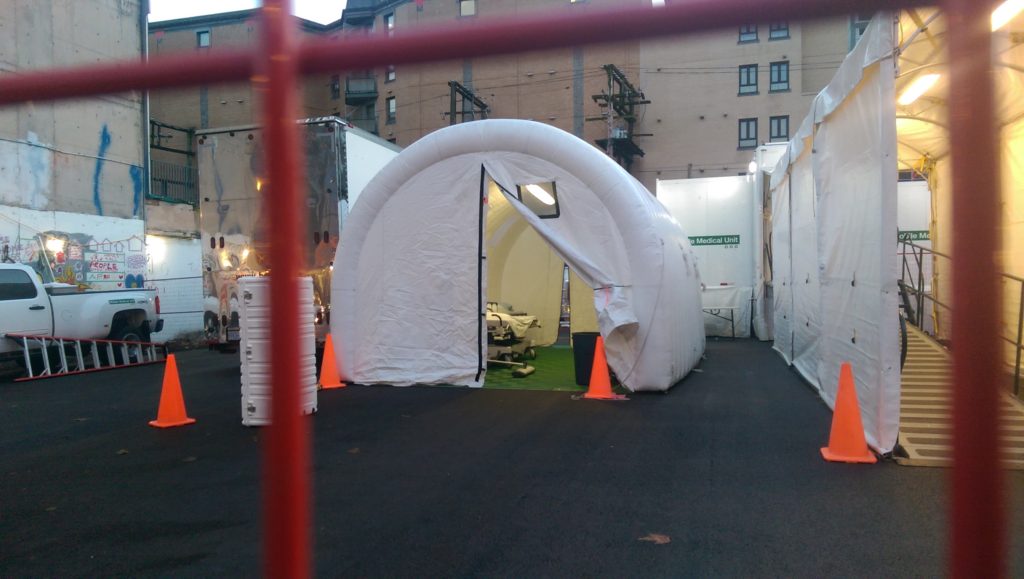 On Monday December 12, 2016, the federal health minister, Jane Philpott, announced a new bill, almost 100 pages in length, intended to address the overdose crisis. The new legislation, Bill C-37, will take the place of the former Conservative government’s Bill C-2, also known as the Respect for Communities Act, which means the former law will be repealed. The new bill decreases the regulations needed to apply for a supervised consumption site (SCS, sometimes called supervised injection sites) from 26 to 5 different criteria. For this reason, some are applauding. But some wonder if the new criteria will have the same, but less obvious, limiting effect. One of the new criteria required in an application will be “expressions of community support or opposition” of the SCS. If a police chief chooses not to support a SCS, will that prevent the site from opening? Furthermore, there are concerns that Bill C-37 will offer more freedoms to police and border guards to search property and persons, confiscate property, and otherwise. 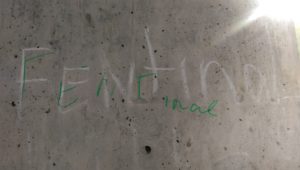 This news comes with mixed reviews since it appears that the law will give more power to police and authorities. When asked about first impressions of the new bill, Jordan Westfall, President of the Canadian Association of People Who Use Drugs (CAPUD), told The Volcano, “We’re excited and relieved that C-2 is being repealed, but the news is bittersweet being that so many have died needlessly of overdose in the past few years. At the same time Bill C-37 appears to be ushering more enforcement, which we know doesn’t work.”

And though there has been a big decrease in criteria needed to apply for a SCS, there is still a fear that this change won’t provide any immediate response when public health emergencies are declared. Katrina Pacey, Executive Director with PIVOT Legal Society, told us “We are very pleased that the proposed legislation appears to streamline applications to operate a supervised injection site, and it will remove a number of barriers. However, we remain concerned that it does not set out a way to get immediate authorization in the event of a public health emergency, and that is very concerning given that a delay of weeks or months would result in many deaths that were preventable if supervised injection had been available.”

In the eight months since BC’s Health Minister Terry Lake declared the opioid crisis a public health emergency, fueled by an enormous increase in fentanyl-laced heroin, and now an even more stronger opioid called carfentanil, the public has seen and felt a lagging response from the all levels of government.

The Respect for Communities Act (Bill C-2), came into law in 2015. This law, enacted by the former Conservative Federal government, made applying for and receiving approval of a SCS site near impossible with 26 different criteria (such as a letter of support from the local police chief, and a document outlining any past drug offense convictions of those operating the SCS) that each application would need to meet before being considered by the federal government. People who use drugs and drug user advocacy groups have been vocal about the repeal of C-2 to help decrease the toll of overdose deaths that have been steadily climbing throughout recent years.

The province says they can’t wait any longer

Local health authority Vancouver Coastal Health officially applied for two more sites three months ago, but the paperwork is still making its way through government checkpoints. But the Ministry of Heath couldn’t wait any longer, with morgues filling up and hospital workers exhausted. In a confusing overlap of laws and regulations, BC Health Minister Lake announced last week that the province was setting up “overdose prevention sites” in specific locations in Vancouver, Surrey, Victoria, and Prince George that have high rates of overdose. These sites will be run by existing organizations (such as Vancouver Area Network of Drug Users and the Drug Users Resource Centre in Vancouver). But why did the provincial government wait until the morgues were full before they opened up these response sites? The death count, creeping to surpassing 700 so far in BC alone this year, was projected many months ago, so it comes as no surprise that this crisis has led us to where we are today. 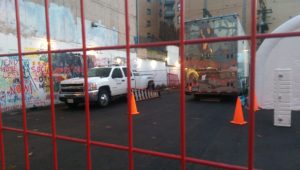 As well as these additional sites, a BC Mobile Medical Unit (MMU) has been approved to operate in the now-empty lot of 58 W. Hastings in Vancouver, a site known for the tent city recently closed down and residents evicted by the City of Vancouver. This MMU, a series of tents and trailers fitted with gurneys and other hospital equipment, will relieve pressure on the emergency room at St. Paul’s Hospital as this new site will take on the majority of overdose responses in the Downtown Eastside. Adrienne Smith, Vancouver-based drug policy lawyer, spoke to The Volcano via e-mail about the restrictions of C-2: “The province did everything it could to gets its applications in, and then, faced with a mounting death tool, just set up what is essentially a field hospital to keep people alive.”

Breaking the laws to save lives

Interestingly enough, there have been two unsanctioned alley tents already providing similar safe consumption support in Vancouver alleys through acts of civil disobedience. These sites, carried out by the “Overdose Prevention Society,” have been run by volunteers since the first of the two was set up in September 2016. These sites are not permitted to operate by law nor funded by government but rather have been supported solely by online crowd-funding. So far they’ve raised over $18,000 online by supporters who’ve left messages alongside donations such as “This tent saved my life”, “Thank you for working the front line. My wish for Christmas is for all red tape cut and the overdosing and death to STOP”, and “Thank you for saving lives in the face of government indifference.”

Repealing C-2 is necessary. But immediate action still hasn’t been taken by the federal government to address the ever-growing crisis. A lengthy document, hard to decipher and vague in proposed changes doesn’t reflect the sense of urgency felt by people across the country. And restricting the import of pill presses, another federal government response, won’t have the much needed impact on this crisis when so many people are dying from powder opioids on the street. So sirens will continue to haunt our communities, day and night. And after all of the reading and debating about this new announcement, Adrienne Smith reminds us of the urgent reality of the crisis— “It is hard to feel hopeful, reading this 98 page thing, listening to a siren every few minutes which signals that another one of my neighbours has gone down.”