This is an edited version of a talk delivered at “The Housing Crisis is Global: Anti-Imperialist Perspectives on the foreign investment myth” panel discussion organized by Alliance Against Displacement and Chinatown Action Group, November 22 2016.

My talk tonight hinges on making some beginning connections between what we term settler colonialism in the context of B.C and wider forms of imperialism that are related aspects of the global economy. Therefore, the first section of my talk focuses on settler colonialism; the second section focuses on natural resource extraction as it fits within the global economy; and the third section draws connections between settler colonialism, natural resource extraction, and the housing market. Finally, my talk ends with some suggestions for how to deal with the housing crisis in B.C., in light of the links I draw in the first three sections. Overall, my talk tonight suggests that we cannot understand the current housing crisis in B.C. without understanding the role of settler colonialism and capitalism, both here right where we live, and globally as well.

Defining settler colonialism in the era of reconciliation

Settler colonialism is a specific form of colonialism by which an imperial power takes over the land of other Nations, or politically and socially organized groups of people, for the primary purpose of seizing the land. One of settler colonialism’s logics is that it works to eliminate the original inhabitants of the land, who are Indigenous peoples, by genocidal, cultural, political, and social means. Importantly, this logic of elimination of the Native creates a settler sense of “native” belonging. What I mean is that settler colonialism works in part by encouraging immigrants to this seized land to view themselves as the original – and therein “native” – occupants of this land. The development of settler colonialism over centuries results in many things, but significant to my talk tonight is the result of settler occupants believing they have a right to own land, to own houses, and to otherwise occupy land that is not rightfully theirs.

I feel like we are in a moment in which settler colonialism is talked about primarily in its cultural and political effects on Indigenous peoples. As Indigenous peoples, we deal with the presence of occupying states constantly. We deal with the denial of our political forms of membership and organization by having to assert our membership in our respective Nations through the use of status cards, if we are so “lucky” to retain status in the eyes of the colonial state – many of us don’t. We deal with the denial of our cultural forms of membership and organization, and the legacy of making cultural practices and political organization illegal, through acts like the Potlatch ban that affected Potlatch cultures, like the Nuu-chah-nulth among others, in the beginning and middle of the 20th century. And many of our relatives dealt with the cultural genocide perpetrated through residential schools in Canada, or Indian boarding schools as they were called in the U.S.

The cultural and political denials of our Indigeneity have significant and long-lasting effects on us as Indigenous peoples. This I cannot deny. However, the Canadian state has recently invested more resources in its official policy of cultural recognition towards Indigenous peoples, an investment that has come about through the Truth and Reconciliation Commission. The TRC process has resulted in a significant amount of funding being injected into organizations that work to revitalize Indigenous cultural practices, art, and language. It has also resulted in increased funding and new funding initiatives for Indigenous peoples to access higher education.

What the TRC process has not resulted in is addressing the root of settler colonialism’s drive, and that is the ongoing occupation and the ongoing seizure of Indigenous land. While cultural and linguistic revitalization are politically transformative aspects of continuing to grow strong Indigenous nations, we cannot accept cultural revitalization, especially as it is supported by the colonial state, as a sufficient response by Canada to its active role in continuing the colonial occupation of Indigenous lands. 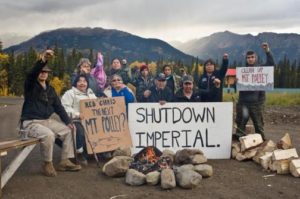 Given these numbers, we can begin to understand Canada’s role in the global economy. The global economy works across nation-state borders. International free trade agreements regulate flows of capital across and between nation-state borders in ways that benefit international capitalist-investor classes. Given the fact that 20% of foreign direct investment coming into Canada is invested in resource extraction and energy sectors, we can also see that corporations based in other nation states have a direct hand in the dispossession of Indigenous peoples of their lands. In this context, colonialism overruns national borders; Canada is not our only enemy. Colonialism is a part of the global economy, and the global economy relies on colonialism in order to expand and stay out of recession. The ongoing colonization of Indigenous lands in Canada is a requirement of the global economy in its current form. 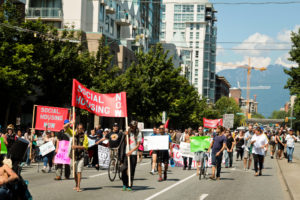 Making connections with the housing crisis

Now that we have established that settler colonialism in Canada is a part of the global economy, and not just a unique feature of Canadian state power, we can ask what does this have to do with the housing market? The biggest claim that this forum tonight is working on addressing is the claim that foreign direct investment is the cause for the current housing crisis, particularly in the cities of Vancouver and Toronto. There are two ways I want to respond to this.

Now, I have read some commentators call into question the statistics that are provided by the Canadian government regarding foreign investment in the housing market. So let’s assume that Statistics Canada is grossly underreporting the amount of foreign direct investment in the housing market. Let’s assume that rather than $6 billion dollars in 2014, it was actually double that, $12 billion dollars. It would still only account for just under 2% of all foreign direct investment coming into Canada.

Further, a recent report showed that 5% of house sales in Metro Vancouver were bought by foreign buyers in a three week period. Yet, what this report does not do is place these statistics in the context of other international cities and in the context of nearby United States. For example, 8% of all home sales across the U.S. in 2015 were purchased by foreign buyers. Florida alone took up 21% of the total $100 billion in home sales by foreign buyers, while California received 16% of foreign buyers into the real estate market. Yet, while these areas note the significance of foreign ownership of real estate, they also rarely blame foreign investment for the state of the housing market. The claim that foreign investment is the cause for the housing crisis in Vancouver is a specific argument born from a legacy of anti-Asian racism in Vancouver. And keeping in mind the statistics mentioned earlier about the central role of the U.S. in the Canadian market, we can begin to see that the argument about foreign investment is deeply racialized. 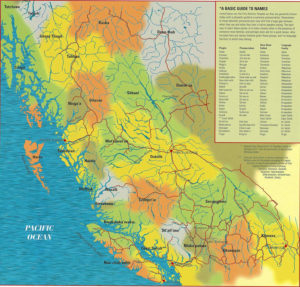 Finally, what does the foreign investment myth in the housing market have to do with the ongoing colonization of Indigenous peoples in Canada? Settler colonialism encourages immigrant populations, especially white immigrants, to believe that they are originary occupants of the land that Canada is on. Settler colonialism encourages the belief that this land can be owned by settler immigrants, and that all settler immigrants, but especially white settlers who are most easily included in dominant society, have the right to own a piece of land and a house. The foreign investment myth expresses upset and outrage that white settlers feel when their belief in the right to own land and a house is called into question. It is becoming increasingly hard for professional/managerial and working class white settlers to buy into the housing market – in other words, to realize and experience their personal bounty made possible by settler colonialism. Their outrage at racialized foreigners is an expression of their settler entitlement to Indigenous lands.

Natalie Knight is Yurok from northern California and Navajo from New Mexico. She is a member of Alliance Against Displacement and part of the editorial collective of The Volcano newspaper.