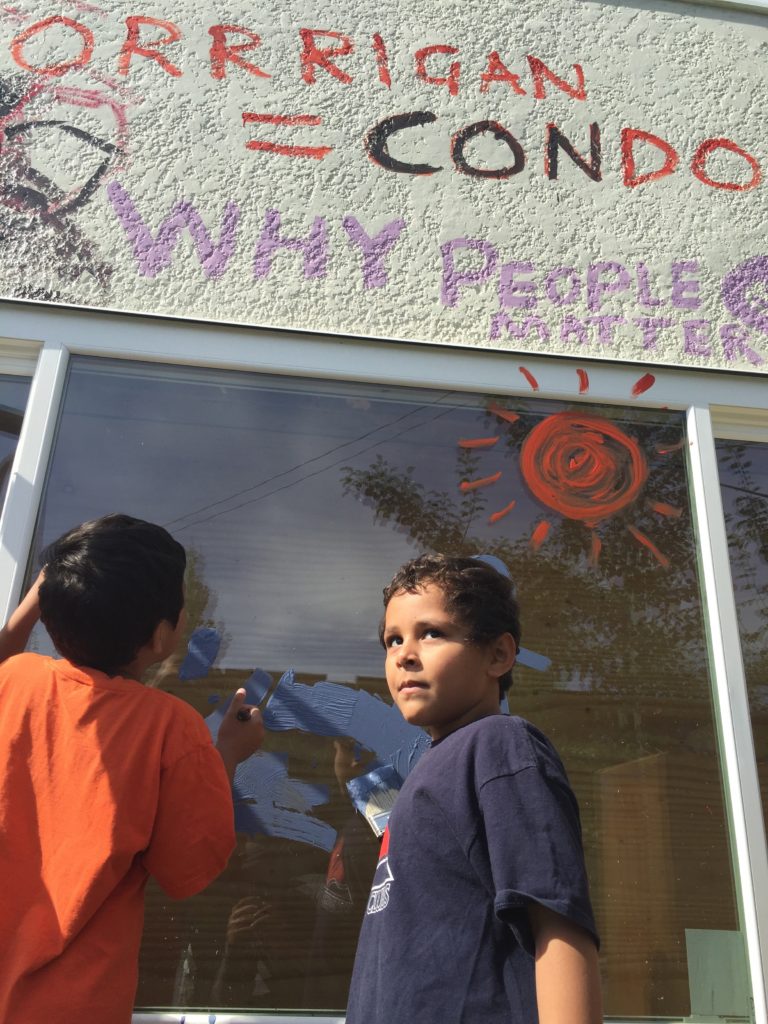 In the Metrotown area of Burnaby, over 600 households have already been displaced by ‘demovictions’, that is, evictions occurring before a rental property is demolished to make way for new development. The crisis is likely to deepen if a proposed plan to rezone the area is approved by Burnaby City Council in November. It is clear that demovictions will cause particular devastation in the lives of people in poverty – people who are already living on the brink of homelessness, who live in older units more prime for demolition, and who will find it nearly impossible to find new housing that they can afford. And a huge number of these people are women. 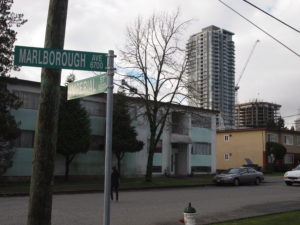 Last month I was invited by the Alliance Against Displacement to speak at a community forum about why the loss of affordable rental housing carries specific and disproportionate consequences for women. To understand the gendered nature of the problem, it’s important to remember that women are disproportionately impacted by poverty for many well-documented reasons.

On average, Canadian women spend more time than men doing unpaid work—almost double—including child care, elder care, and housework. They also face greater pressure to choose employment that will accommodate family responsibilities and are therefore more likely than men to end up in lower-paid, casual, or part-time jobs with no benefits and less job security. The lack of affordable childcare creates an additional barrier to employment for many moms and contributes to the huge overrepresentation of single mothers and their children among folks living in poverty (about 21% of single moms live in poverty, which is more than double the rate of poverty for Canadians in general).

Then there’s the gender-based pay gap: work that’s done more often by women tends to be valued less and paid less. In 2015, women working full-time in Canada earned just 72 cents to the dollar earned by men working full-time. And because far more women than men work part-time, that figure decreases to just 66.7 cents to the dollar if we compare the average incomes of all women and men employed in Canada without regard for the number of hours in their paid work week.

The statistical tendency towards lower earnings and higher rates of poverty for women is seriously compounded for Indigenous women (about 36% of whom live in poverty – more than triple the rate for the Canadian population as a whole), racialized women, women with disabilities and chronic health issues, and newcomer women. In 2015, a UN Human Rights Committee report raised the alarm about the “high level of the pay gap” in Canada and the disproportionate harms it causes for Indigenous women and women of colour. For older women, gender-based wealth and income disparities can be compounded because savings and pension entitlements have been affected by many decades of lower-paid work, part-time work, and gaps in employment due to family responsibilities. 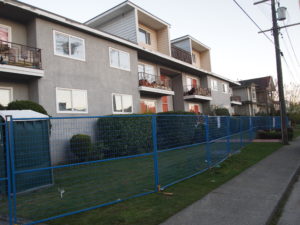 Of course, none of these factors operates separately in the life of an individual woman. A woman who is a single mom and Indigenous and has a chronic health issue is facing so many layers of injustice that her likelihood of experiencing poverty – and the harshest consequences after eviction from affordable housing – is much greater.

People who experience the most marginalization and poverty also tend to experience some of the highest rates of violence. Abuse is a common root cause of loss of housing for women, and the cause-and-effect relationship also works the other way around: when women are displaced from their homes, their risk of experiencing violence increases significantly. In Metro Vancouver’s out-of-control, overpriced rental market, some landlords are asking for sexual favours instead of rent (although this is illegal), as a CTV News undercover investigation showed recently.

Furthermore, when there is a critical shortage of affordable housing, women face significant economic barriers to escaping abusive relationships. Research shows that women with children who leave a partner and become solo parents are more than five times more likely to end up living in poverty than if they had stayed with their partner. How can these women establish independent lives when even the cheapest available rents are way out of their reach?

Because women are at a higher risk of violence on the street and in homeless shelters than men are, they are more likely to get by through couch surfing; living in overcrowded, unsafe, or unsanitary conditions; trading sex for housing; or cycling in and out of abusive relationships – often interspersed with periods of street homelessness. For example, a report by the Carnegie Community Action Project found an increase in the practice of “double-bunking” in single-room occupancy hotels in Vancouver’s Downtown Eastside – housing two people in a tiny hotel room, often at a cost of hundreds of dollars in extra rent for this extremely inadequate housing – and an associated risk of violence for women living in such arrangements.

Many single mothers try to keep off the streets at all costs and avoid accessing shelters and other services for homeless people for fear of having their children apprehended by the child protection system, a particular threat for Indigenous moms (given the disproportionate number of Indigenous kids in care) and moms with disabilities including mental health issues (who may also face discrimination in child protection cases).

For all of these reasons, women’s homelessness is less visible than men’s, resulting in fewer support services targeted at homeless women. Moreover, women may not be able to access provincial housing supports if their experiences of housing insecurity and patterns of homelessness aren’t recognized as “chronic homelessness.”

As if all of these barriers to safe and stable housing were not enough, not all women are in a position to be able accept the first affordable place that becomes available (in the unlikely event that one does become available). Women with disabilities may have specific needs in terms of the physical accessibility of their homes. Single moms need to consider distance to schools, grocery stores, and public transit, and whether the neighbourhood is safe for their kids. Many single moms also face discrimination in housing, particularly if they are racialized, as a 2014 Toronto study by the Neighbourhood Change Research Project confirmed. And newcomer women face an additional barrier if they cannot produce references from Canadian landlords or guarantors.

For all of these reasons and more, the basic human rights of women and children hang in the balance when affordable housing is at risk. When we think about the consequences of demovictions, let’s remember that individual experiences of displacement are part of a bigger social picture. The impacts of housing insecurity tend to be different for women – and in many cases, more severe.

Alana Prochuk manages education programs for West Coast LEAF (Women’s Legal Education and Action Fund), the first and only organization in BC that works to advance women’s equality through the law.

BC Supreme Court stops the City’s application to smash the tent city at 58 W. Hastings as residents’ struggle for services and homes continue