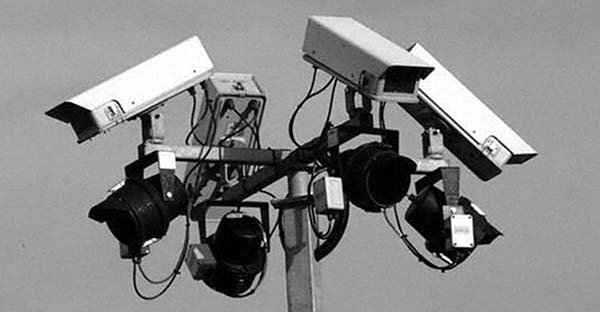 We can learn a great deal from the state responses to Super InTent City (SIC). In contracting the Portland Hotel Society (PHS) in April 2016 to “manage” the camp after losing their first injunction application, the provincial government showed that when it is unable to use police against homeless people, it turns to social work for social control. Once forcible eviction was denied by the courts, the state sought to break SIC’s political power through the provision of social services. The shift from forcible eviction to containment and surveillance helped the state re-establish its dominance by positioning itself as trying to “help” SIC residents, and SIC residents as being dangerous, incompetent, and also ungrateful.

Before the government imposed PHS on the camp, its residents managed to create a community that provided over 100 people with shelter, a place to store belongings, peer support, safety, health service access, and a forum for political power and solidarity building between homeless and housed folks. This was all accomplished without government resources. Homeless people repeatedly demonstrated that they were resilient, creative, and skilled at providing for themselves and their community. After meeting with PHS representatives, SIC residents put out a press release. Residents insisted on their ability and right to manage their homes and lives; they opposed management by PHS or any other agency and demanded that the BC government shift resources to the camp instead of paying third parties.

Bringing in a social service agency to “manage” SIC reproduces a long history of the state using social work to uphold the status quo. Social workers have long been used to try and control “clients” by promoting assimilation, enforcing compliance with state orders, breaking community relationships, and undermining collective organizing. Whether directly genocidal, such as facilitating residential schools or the Sixties Scoop, or under a more “polite” guise of “helping” people get what they need (e.g. providing access to showers), social work has a long history of paternalism. The assumption is that those who experience oppression experience it because there is something wrong with them that must be fixed.

Those who work in social services must look honestly at the contradictions inherent in their work, and understand how they might be both helping and hurting those accessing services. Many frontline workers are amazing advocates, fighting hard for their clients’ rights and to keep them alive. As a system, however, social services that focus only on meeting clients’ immediate needs can never be deeply transformative. By focusing on meeting needs instead of challenging the systems that necessitate social services in the first place, traditional social services accept the status quo, undermining peoples’ autonomy and capacity for collective organizing. Social services turn community care into a professionalized commodity, creating relationships of power over others, undermining the potential for mutual principled solidarity.

There are contradictions everywhere in our work, and even the most radical of demands are so easily co-opted by the state. Calls for increased resources for poor communities often turn into charity, instead of recognizing how material resources have accumulated through the exploitation of Indigenous, poor and working class peoples, and the need for a radical restructuring of resource distribution. Calls for more social housing reinforce settler state jurisdiction on stolen land, and can result in warehousing. Calls for more access to health services reproduce coercive models wherein residents have zero say in how services are delivered. We need more than additional state-controlled housing and social services: we need to dismantle the systems that create and perpetuate homelessness.

What might that look like? One place to start is to support movements wherein people can simultaneously meet their immediate survival needs and also collectively work on figuring out how to be in right relationships with these lands and with one another. Tent cities are one example of where these spaces can exist. We need to fight the state when it attempts to destroy or co-opt these spaces and movements, and demonstrate our faith that ordinary people working together can ensure that everyone gets what they need.

Eko Joshua Goldberg and Flora Pagan have worked at, volunteered in, and accessed social services. Both also have experience organizing alongside people living in homelessness for social change.