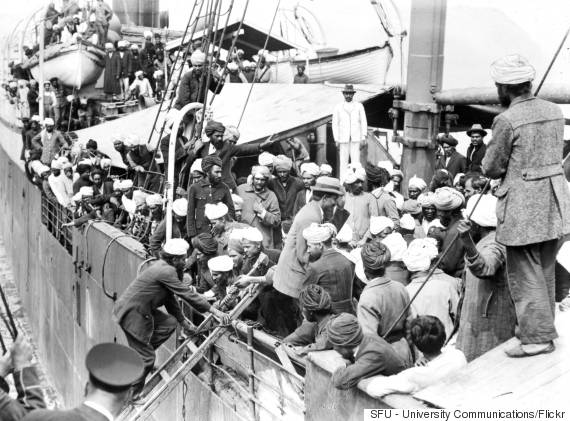 In May of this year Prime Minister Justin Trudeau created history by making an official apology in the House of Commons for the Komagata Maru episode. By doing so, he not only fulfilled his promise to the Indo Canadian community, but also scored a point over his Conservative predecessor Stephen Harper, who was not willing to ask for forgiveness in the parliament.

Road to the apology

The Japanese vessel carrying over 300 South Asian passengers was forced to return to India on July 23, 1914. The Canadian government used the discriminatory “Continuous Passage” immigration law that was passed to discourage immigrants from India from permanently settling in BC. The Canadian state wanted to keep Canada a white man’s land. While Harper made an apology for that racist incident at a public event in Surrey in 2008, his apology was widely rejected by the community that wanted a full apology in the House of Commons.

During his federal election campaign, Trudeau promised that if elected he would make a formal apology. When he finally kept his word, scores of Indo Canadians from BC travelled to Ottawa to witness the historic moment.

Previously, under Prime Ministers Jean Chrétien and Paul Martin the federal Liberal Party refused to apologize in the House when former Conservative MP Gurmant Grewal tabled a petition seeking apology. Later, when the Conservatives came to power they too showed reluctance to make an official apology. For the record, the Conservatives were the party in power when the Komagata Maru was forcibly returned.

One can understand the joy in the South Asian community over Trudeau’s gesture, yet there is a need to look beyond the apology. The most fundamental question is whether Canada’s racism and high-handedness against immigrants has really ended? It is rather easy to ask for an apology and to apologize for something that happened in the distant past. What is more challenging is to question the inconvenient truths of the current state of affairs in the contemporary world.

If an official apology settles everything then are we expected to praise Harper for making an apology in the House for the abuse of Indigenous children in residential schools? In spite of his apology, his government enraged Indigenous communities by refusing to order a National Inquiry about missing and murdered Aboriginal women. His government was also adamant about pushing pipelines through Indigenous lands. The apology for something that happened years ago turned out to be a symbolic gesture that was used to mask current wrongs.

Trudeau’s apology should also be judged critically. Temporary foreign workers and refugees continue to face numerous difficulties in Canada. Systemic racism against people of colour and Indigenous peoples refuses to die. In spite of his promise to consult Indigenous peoples about new oil and gas pipelines, his government approved the construction of an LNG terminal in BC that is going to impact Indigenous communities. The announcement has evoked criticism from First Nations. If these developments are any indication, Trudeau needs to focus on fixing the problem of structural racism in this country. Challenging injustice today is what is needed in order to win the confidence of minorities and bridge gaps between marginalized communities and the dominant society rather than making apologies for the past.