Since Canada’s federal government cut regular social housing construction in 1993, homelessness has become the central issue of anti-poverty and housing justice movements. Our movements have fought for a return to tax-based funding for social housing and for “harm reduction” policies that lift the worst barriers that keep drug users and sex workers out of social housing buildings. Winning some harm reduction policies has been one of the few gains of an otherwise grim landscape of austerity over the last twenty years.

Last week The Volcano newsletter published an appeal for housing justice from former residents and organizers of Super InTent City in Victoria, who now find themselves under Portland Hotel Society lock and key. This week we are publishing a testimony from a supportive housing resident in Vancouver. Karen’s story pulls back the veil further on the multi-agency surveillance and criminal and health-based regulation that is sewn into this housing. Low-income people now face an unacceptable choice of whether to live on the street or inside the jail of supportive housing, and we support them in their refusal and resistance. – Eds. 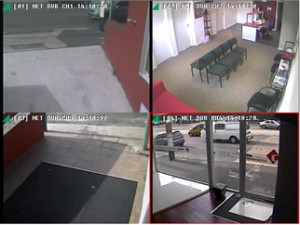 My name is Karen Lane. I was born in Winnipeg, Manitoba and I have been in BC since I was 15 years old. My mother is Metís, Cree and French and my father is Black Cherokee. I had my first baby here when I was 16 years old. We lived in a bachelor apartment on the North Shore at the time, and when I was in college, my father would help me take care of the baby.

Getting older I have developed serious health problems including Hep C, cirrhosis of the liver and degenerative disc disease. I need housing for my health to take my Hep C treatment and to have a place to be with my family. Family is really important to me.

I moved into the new Native Housing on Fraser and Broadway on May 2, 2015. I was really happy the first night; it was good to finally have a home. But the next morning I woke up and I was chewed up by bed bugs and I cried. When I talked to staff they called me aggressive and wouldn’t listen to my concerns about bed bugs.

Because I haven’t felt welcome in my own building and the apartment is bed bug infested, I have been staying on and off at a shelter since moving in last year. However, bed bugs were only part of the problem with this building.

In my hallway alone there was probably 25 cameras. There were also cameras in the office, in the lounge and in the computer room. Every single surface in the building was surveilled and staff constantly reminded me that everything was on tape. It made me feel like I was always being watched and walking on eggshells in my own home.

The workers are also constantly taking notes about the residents and they are always monitoring residents throughout the building. They also go in and out of your suite as they please and they have monthly inspections of your rooms. I have been in jail and the building reminds me of jail. It made me feel like I was not home.

The staff would also talk to the residents like we were children, like we do not understand common sense. The staff were also rude. Anytime that I went to show them a bed bug bite, they would slam the window on me.

For the first six months, we were not allowed any guests. After six months, they would allow guests from 9-12pm but we were still not allowed sleep-overs until after Christmas. Also, all guests would need ID so when my grandson who was a month old didn’t have an ID, he wasn’t allowed to come in and visit me with his mother. Being really sick and having just found out I was terminally ill, I really needed my family. Not being able to have my family over made me feel alone.

These are the people who are supposed to help me and support me. Now they have evicted me and I have to be out on October 31st. I don’t know why I have been evicted and they didn’t care that I was too ill to dispute the eviction notice.

All I want is a quiet apartment. A building where my family and grandchildren can come and visit me and stay overnight. I need supports, but I am not a child. I am a fighter, and just want to help make a difference. No one should have to live in housing which feels like jail.