BC Liberals Pick-Pocket the Poor and Provoke Outrage 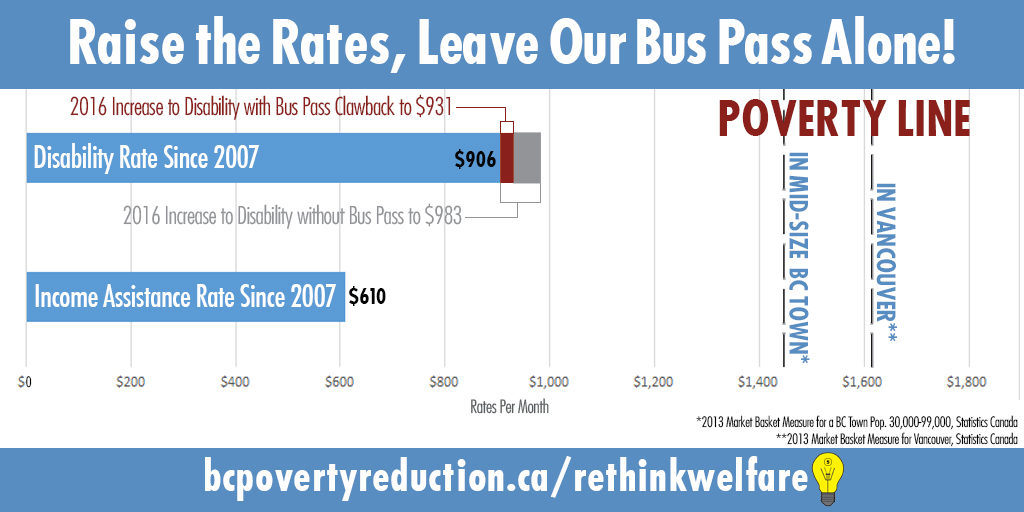 This spring the BC government showed its mean-spiritedness in its treatment of people with disabilities (PWD). February’s budget included a $77 increase in PWD welfare payments. After over nine years of no increase, this is not even enough to make up for inflation, never mind tackle deep poverty. But the government hoped to gain some cheap headlines for the increase. 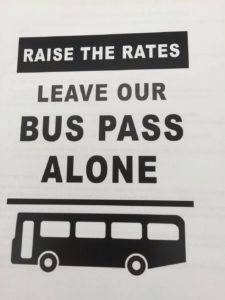 At the same time they announced cuts to the transportation allowance, which had been either a bus pass for $42/year or $66/month for those who use a car. Instead the bus pass would now cost $52 a month with an annual service charge of $45. The $66 vehicle support was abolished. The real increase in income for people receiving PWD benefits was either $25 or $11 a month. The government rationalized these cuts in the name of equality, as some people on disability did not receive the transportation allowance. This is a strange kind of equality: cutting standards rather than improving them.

The government is so out of touch with reality that they thought this was a good idea, and would gain positive headlines. However this pickpocketing of people with disabilities provoked outrage. Demonstrations and petitions were organized by groups of people with disabilities that normally do not protest.  An open letter to Christy Clark was signed by over 160 organizations. The letter called for restoration of transport support, its expansion to cover all of BC and a substantial increase in welfare payments.  (To see the letter and list of organizations go to: http://bcpovertyreduction.ca/campaigns/disability-campaign/).

The government’s actions are no surprise to many activists. The government has introduced a few small changes to appear as though they are taking action on poverty. These include tiny and insufficient increases in the minimum wage and ending the confiscation of all the money single parents on welfare receive from the absent parent. However, these measures are too little for too few people. This is especially obvious when contrasted with the generosity they show to the rich, handing out tax cuts of, on average, $41,000 a year to the richest in BC – tax cuts more than the average annual wage, and taken from public services.

The government actions are not based on good evidence, sound economics or moral values. They are based on an ideology of feeding the rich at the expense of workers and the poor. We need to challenge this ideology and build campaigns of public awareness and protest. If the BC government raised welfare rates a lot, increased the minimum wage to $15, and built social housing it would save money, create employment, benefit public health and make BC a happier place.