“This is private property and you have to leave”: By Mohammad, temporary resident of suite 103 5025 Imperial Street, Burnaby BC 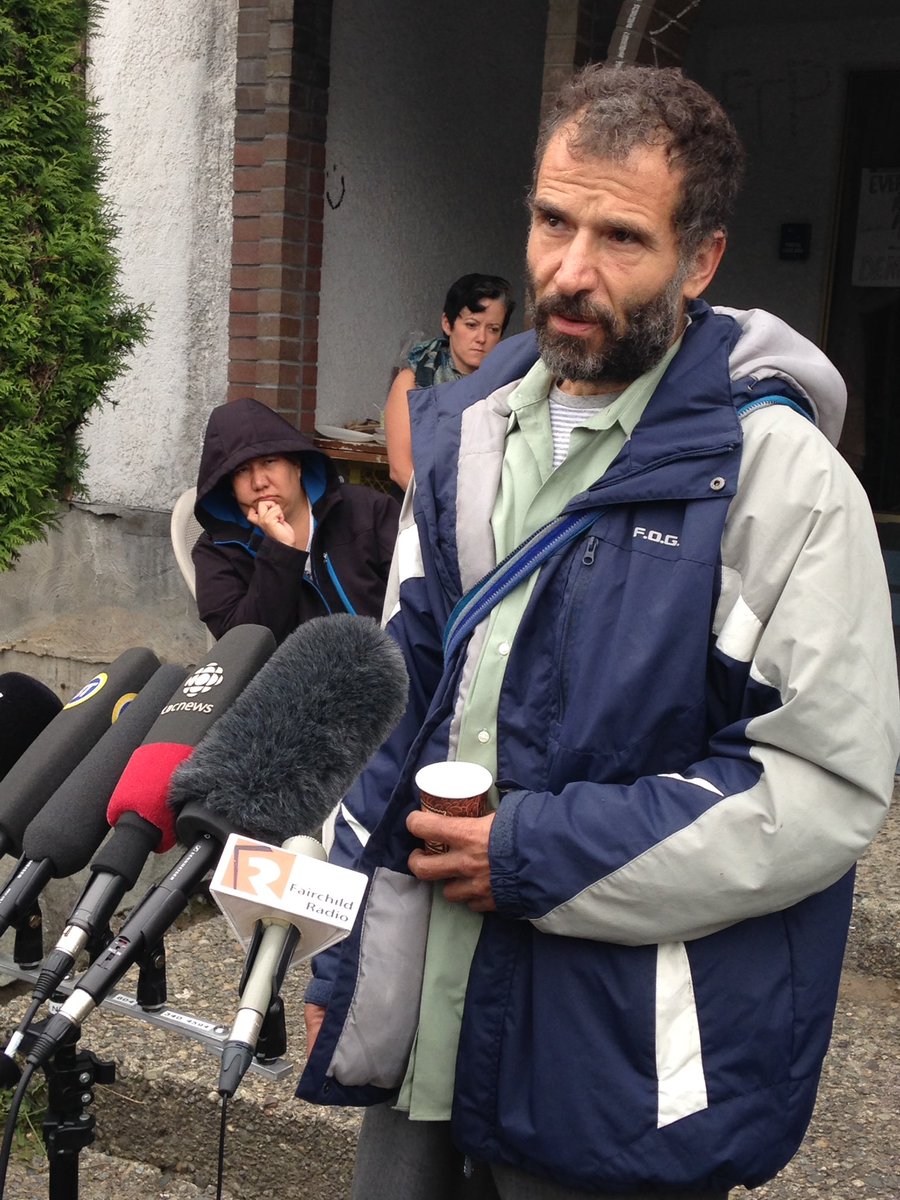 I have been homeless for eight years now. It was hard for me to adjust to Canadian society and I experienced a deep depression. Coming here was a shock for me, and I didn’t feel any community.

To deal with my depression, I was self-medicating and it was hard to keep a job and pay for rent. I was living in Toronto at the time, but moved here about eight years ago. Since then I have lived in different places in the lower mainland, in Coquitlam, Royal Oak and in the Downtown Eastside.

Being homeless is a constant struggle. There is a lot of dangers, and people give you a hard time. I am constantly looking for shelter but as soon as you have found shelter, city workers come and destroy it.

I am a clean person, and I don’t leave any garbage around. I don’t make any loud noises to bother the neighbours. But they still destroy my shelters. They just generalize and treat all homeless people the same, regardless of who we are. They have no consideration for who we are as individuals. There is a man in Saskatchewan who owns a million acres. But when I try to establish shelter and warm up myself, in a corner of the city under a bridge or by the air vent of a building, security guards or city bylaw workers come and say “Hey, this is private property and you have to leave.” My question is where is my small piece of pie in this world? I am not asking for a lot, just four walls around me.

Before I moved into 5025 Imperial Street, I stayed on Main Street. I built a small shelter there, with tarp and plywood. I waterproofed the ground, but the moisture still gets to you. The rain is the problem. It hurts my joints and muscles. It’s hard to keep clean, people often urinate on my things. There are also a lot of bugs and it’s hard to sleep, and has a negative impact on my mental health and wellbeing.

People judge me for being homeless. There is a lot judgement. But this could happen to anybody. Anybody could lose their jobs. If they don’t have support systems, family or friends, they might end up in the same circumstance as me.

My friend Massimo told me about this building, and the movement of resistance against the demolition. He had been staying there for a few nights and he said I could stay at the building too.

Having housing is like going from hell to heaven. The silence, the comfort, being away from the moisture and the bugs crawling all over you, being able to sleep some extra hours, and not be woken up by city workers. Being warm and not worrying about having to dry your blankets in the morning is nice too.

Evicting us is not social justice. It does not bring justice. People have lived here. People have been displaced from here. And we are now living here. Don’t kick us out. I am hoping for the judgement of true justice.

“I slept in on purpose this morning!” By Marvin, temporary resident of suite 106 5025 Imperial Street Burnaby BC