Day of Action for Housing Justice

This Saturday July 9th, The Volcano and Alliance Against Displacement are supporting and encouraging people to respond to VANDU’s call for a Day of Action against homelessness. This week, the Province’s second injunction attempt to displace Victoria’s Super InTent City has come to fruition; VANDU’s action could not come at a more opportune time. What better response as Coleman’s cops prepare to descend on the homeless who refuse to be cowed in institutionalizing “supportive” housing than to create more spaces of confrontation with the Province’s austerity policies? We will march in Saturday’s action in Vancouver (and others being planned surreptitiously in other places) to stand in solidarity with the leaders in Super InTent City and to declare that the displacement, housing and homelessness crisis is an emergency in every community. We are fighting back! Join us!  ~ Eds.

Day of Action Against the Housing Crisis

March in the Streets!
Raise Up the Tent Cities!
Occupy the Condos! 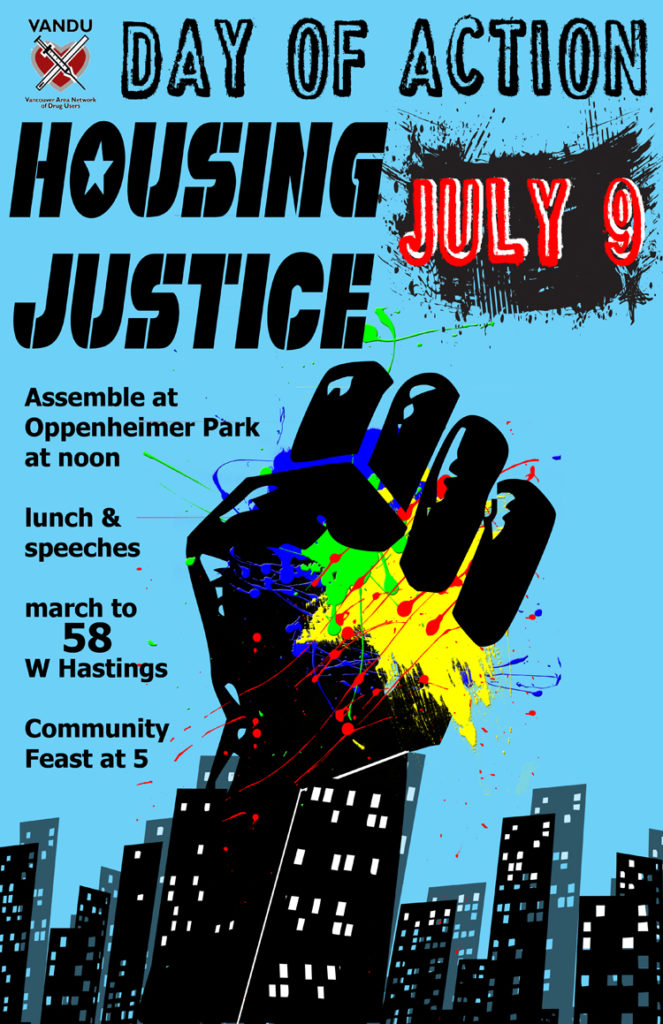 There is a crisis of homelessness, housing insecurity and displacement in working class & poor communities across the country. The Vancouver Area Network of Drug Users (VANDU), the International League of Peoples Struggle (ILPS) are initiating a day of action in towns and cities across Canada on Saturday July 9.