Homeless and evicted community leaders gather for historic anti-displacement summit: By the Editors 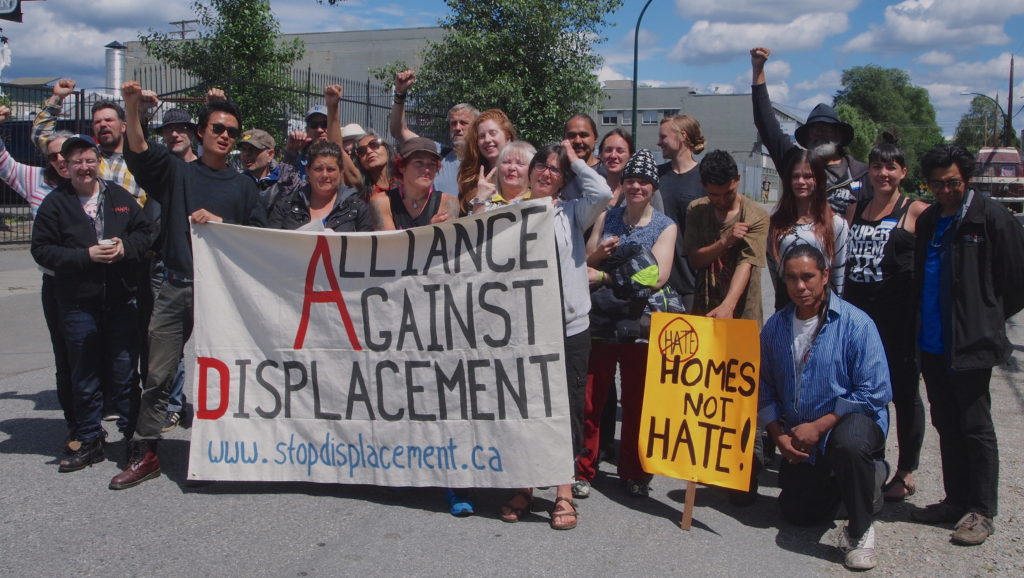 On the weekend of June 11-12, 2016 Alliance Against Displacement organized a gathering of leaders of homeless and evicted peoples’ movements throughout southern British Columbia. At the Dogwood Centre for Socialist Education, the “Together Against Displacement and Dispossession” summit brought together more than 50 people. 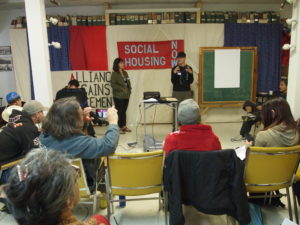 Alliance Against Displacement’s first organizing summit packed three major accomplishments into one weekend, which together will strengthen the struggles of homeless and evicted people. 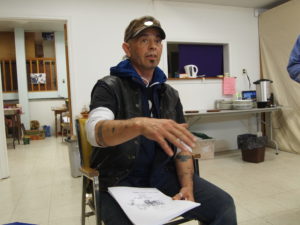 First, it brought together homeless and evicted leaders from a half-dozen communities who had not previously had direct contact with each other. The time spent together overcame geographic divisions between different “local” struggles and upset the idea that has crept into our movements that each location is totally distinct. Through this contact we understood how much we have in common and how much we need each other to fight back. This gathering asserted what AAD organizer Herb Varley called an economy of reciprocity, which felt more interdependent and vital than solidarity. Though we practiced solidarity too.

Second, together these leaders of community struggles shared their own experiences and, more importantly, heard about the experiences and ideas of others. Together we strengthened our vocabulary about what causes our community suffering and pain. A bigger vocabulary is not just good for showing off. We need words to name the systems that hurt us, words to understand what others need, and languages to strategize and coordinate a fightback. 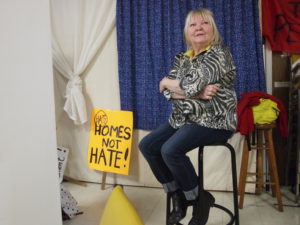 Third and most importantly, we left the summit with plans about how we will work together, some challenges about ideas and problems we still need to work out, and with our eyes on a better future, as we continue our struggles together.

Reconcile This! Speakers show the way towards uniting struggles against colonial dispossession and capitalist displacement: By the Editors