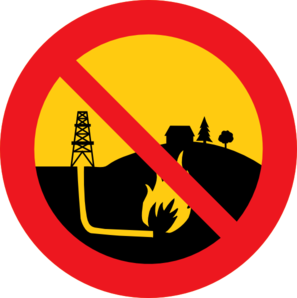 Huge fossil fuel corporations and their allies in government have tried to sell natural gas as a clean alternative energy source. Christy Clark promotes a Liquefied Natural Gas (LNG) boom but willfully ignores its destructive impacts on the earth, all life and the climate.

But in many places there is strong opposition to using the extraction process of hydraulic fracturing or fracking – from New Brunswick, Quebec and New York State to France and South Africa. The strength of this opposition has won some moratoriums and bans on fracking.

There are large reserves of natural gas in northeast BC, which is home to Indigenous communities.

Most of the gas, and almost all in the future, is extracted through the process of fracking. Bore holes are drilled deep into the earth, and then are made to run horizontally. A solution of vast amounts of water, sand and toxic chemicals is injected into these holes. This creates extreme pressure which fractures the shale rock and releases the gas.

What’s wrong with this? Communities in areas that have been fracked in the US and beyond report ill effects. One main effect is the contamination of ground water. Wells have been poisoned with methane gas and toxic chemicals. This is a real threat to public health. If contamination reaches the surface water, it can kill fish and other life.

The extreme pressure required in fracking has been sufficient to trigger earthquakes even in areas where there has been no previous activity.

Fracking requires millions of gallons of water. As giant corporations gather water from local sources, some lakes and streams in northeast BC are drying up. This will leave a future legacy of destroyed land.

The expansion of this gas production also contributes significantly to uncontrolled climate change.

Rising levels of greenhouse gasses in the atmosphere are the main cause of rapid global warming. Most attention has been focused on carbon dioxide. However, methane gas has an even more concentrated impact on climate change. The main sources of methane are landfills, factory farms and now, increasingly, gas production. Methane leaks into the air during all phases of the gas production process: extraction, compression, flaring, pipelines, and other modes of transportation.

If we look at the entire life cycle of the process, some scientists are now concluding gas has as big an impact on climate change as coal or oil.

Oversupply and low prices are slowing expansion. But this could change if the Petronas Liquefied Natural (Fracked) Gas terminal is approved and built on Lelu Island.

This will have huge consequences, especially on the fish and fishery. It will require construction of a lengthy pipeline through unceded traditional Indigenous lands, without free, prior and informed consent. And it will lead to a huge expansion of fracking in northeast BC.

If we can’t stop this, we ain’t seen nothing yet in terms of damage.