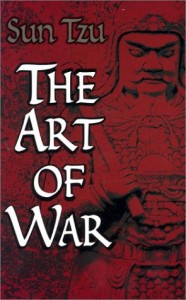 How can an ancient Chinese text and the Local Area Plan (LAP) be connected? Well for starters, I read the book several times while I was co-chair of the LAP process. As I read the book, its teachings slowly entered my mind, and mixed in with my own wisdom and experience. The students of Sun Tzu call this the art of taking whole.

An example of Sun Tzu’s “taking whole” concept was the makeup of the LAP committee itself. The committee was made up of 30 people and they came from all walks of life. The City took this to mean that the committee represented the community as a whole. When there was some outside chirping, the City would often organize roundtables and feedback sessions. This was done to make it appear that the City was taking input as a whole and working to make a plan. But appearances can hide the reality of city control over the process.

Which brings me to my next point. Another teaching of Sun Tzu is: The military (application of force in this sense) is a Tao (roughly means “way”) of deception. For example, when able, manifest inability. The word “manifest” means “to make clear to the eye or understanding.”

The city used the Tao of deception when a large portion of the committee voted for a firm clear definition of social housing. The City staff and the people who ‘’represent us’’ at City Hall said they couldn’t do that. After manifesting themselves as being unable to do anything about making a definition for social housing, they did just that. I guess they can only manifest this ability behind closed doors. With about half of the committee outraged, they suddenly found ability to manifest a definition of social housing, and their inability disappeared like a fart in the wind.

If you’re a long time reader of the DT East (I hope you are), you’ll have at least some idea of the housing crisis here in Vancouver. Now Vision Vancouver and Co. are in a bit of a tough situation. You remember that when Mr. Happy Planet first got elected, he promised to end homelessness by 2015. They are obviously way off of this target (i.e., far), so how do they make it appear that they are closer (i.e., near)?

Well, what the city will do is make a big deal out of announcing a permit application (note: application means nothing has actually been done yet) for affordable housing, and then they’ll announce that the application went through. They’ll do the same when a housing provider is selected, then when demolition starts, when shovels hit the ground, and at the completion of the building. When the first tenant moves in, they’ll have a huge press conference and a lot of backslapping and hand shaking (not to mention bootlicking and ass kissing).

Now if you are at least pretending to pay attention to what’s going on with the housing crisis, it will seem like there is a lot happening. However, by my count that’s no less than 7 announcements for one project. This means that to a lot of people, Vision and Co. have manifested themselves as being 7 times (at least) more successful than they are.

This has been only the briefest look into what I have learned by taking part in the LAP while also learning about Sun Tzu. I shall continue to read this book and eventually its words will wholly mix with my wisdom and hopefully I can do some good with this ancient text.